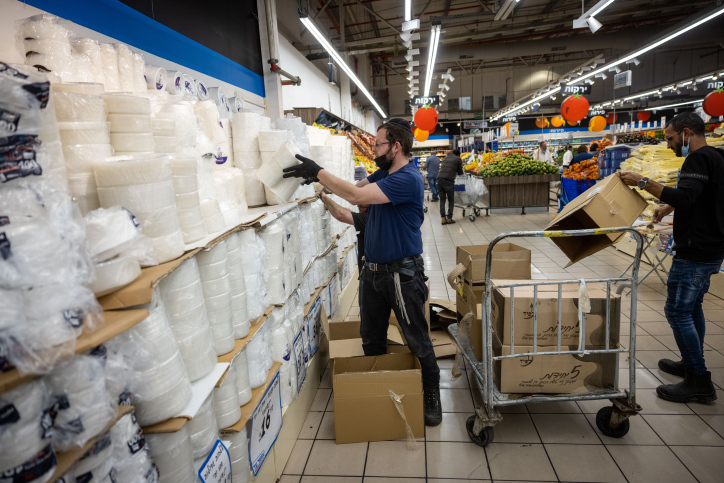 The unemployment rate in Israel has dropped significantly, but still remains higher than pre-pandemic levels, according to the Central Bureau of Statistics on Monday.

Joblessness fell to 7 percent in October, from 7.9% the month before, the CBS said. In raw numbers that meant there were 301,000 Israelis out of work in October, as compared to 338,000 in September.

Prior to the outbreak of the coronavirus pandemic, an estimated 150,000 Israelis—or only 3.5% were unemployed, according to government figures.

The decline in unemployment reflects the lifting of health restrictions, allowing restaurants, shopping malls and other businesses to reopen.

The rate of open vacancies remained high in the hospitality industry, as well as in the engineering and web development fields.

In July, the government stopped paying unemployment benefits for most people under the age of 45 who lost their jobs due to the pandemic.

At the time, the National Insurance Institute said that Israel had paid out over NIS 39 billion ($12 billion) in unemployment benefits to 1.2 million Israelis, since the start of the pandemic.

According to the NIS, anyone who became unemployed after July 1 would be assessed according to the standard unemployment laws that existed pre-COVID. But the period of time an employee must have worked before being able to claim unemployment was lowered from 12 months to six months.