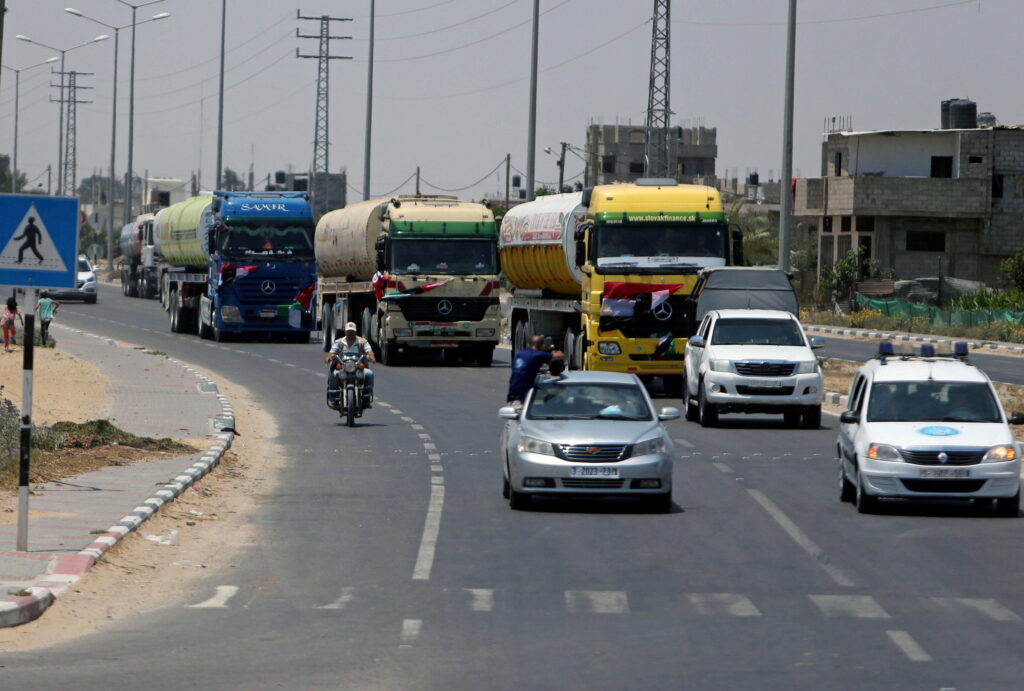 A Hamas official said on Monday that Qatar will start sending Gaza up to $10 million worth of Egyptian fuel a month under a plan to fund civil service pay in the Palestinian enclave.

Qatar announced on Nov. 17 that it had signed agreements with Egypt to supply fuel and building materials to Gaza. Qatari authorities did not respond to a request for comment on Monday about the fuel being used to pay Gaza civil servants.

A source familiar with the talks said Qatar and Hamas had not yet finalized an agreement over the initiative, which would see Hamas sell the fuel to Gaza gas stations and use the proceeds to pay civil servants, including doctors and teachers.

Qatar and Hamas are still in discussions over checks Doha requires to ensure the proceeds of the fuel sold reach the civil servants it is intended for, the source added.

The initiative would help bypass Israeli curbs on Qatari aid to the enclave put in place before a war between Israel and Hamas in May.

Israel used to permit the Gulf state to send millions of dollars into Gaza through Israeli border crossings to support Hamas’ cash-strapped government. But Israeli authorities halted such Qatari aid in May, demanding more safeguards that the money will not be used for terror activities.

“According to the agreement, Qatar will pay the equivalent of its monthly aid to Gaza civil servants, which is between $7 and $10 million, in fuel,” said Salama Marouf, director of Gaza’s government media office.

The fuel “will come through the (Egyptian) border crossing, and will then be sold in the market … the proceeds will then go to the treasury of the Gaza finance ministry, which will later pay it out to employees.”

Marouf said the cash raised from selling the fuel would help pay around 40,000 civil servants in Gaza, home to 2 million Palestinians.