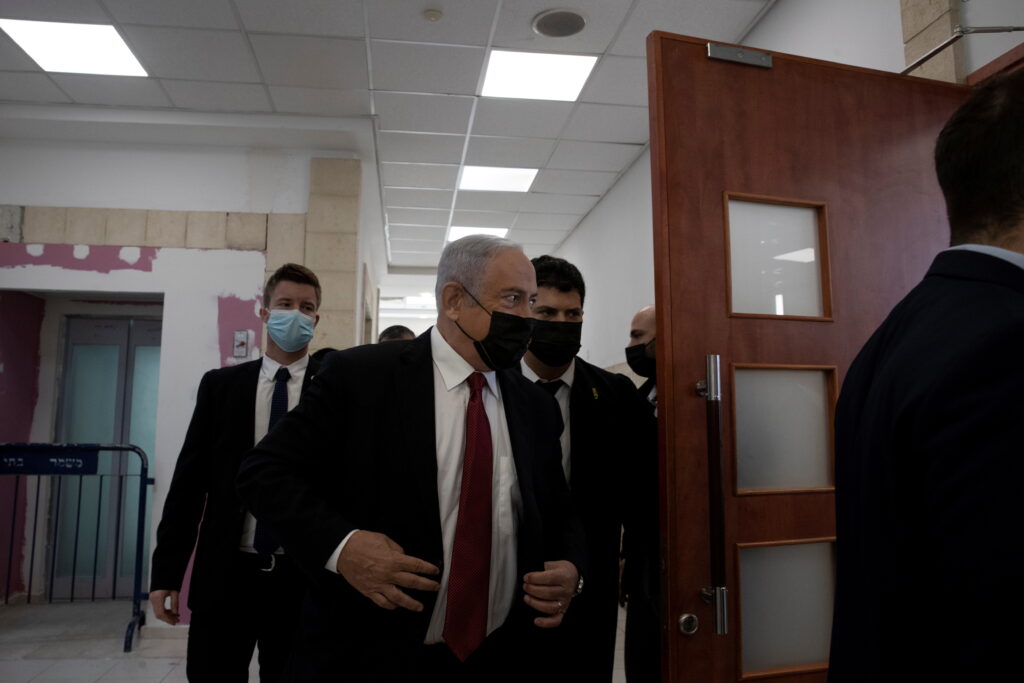 A one-time confidante to former Prime Minister Binyamin Netanyahu began testifying against him Monday in his corruption trial in Yerushalayim.

Nir Chefetz, a former spokesman for Netanyahu, is a key prosecution witness expected to deliver critical testimony in the trial, which revolves around accusations that Netanyahu committed fraud, breach of trust and accepted bribes. The former premier, now opposition leader, denies any wrongdoing.

Netanyahu was making just his fourth courtroom appearance since his corruption trial began a year and a half ago.

Chefetz left a long career in journalism in 2009 to work as a spokesman for Netanyahu’s government, and in 2014 became the Netanyahu family’s spokesman and adviser. In 2018, after he was arrested in connection with one of Netanyahu’s corruption cases, Chefetz signed a state’s witness deal and provided investigators with recordings of conversations with Netanyahu and his family.

He is the defendant in three separate cases. The first alleges that Netanyahu received gifts worth hundreds of thousands of dollars from wealthy friends, including Milchan and Packer.

In the second case, Netanyahu is accused of orchestrating positive coverage in a major Israeli paper in exchange for promoting legislation that would have harmed the news outlet’s chief rival, a free pro-Netanyahu daily.

The third, nicknamed Case 4000, alleges that Netanyahu promoted legislation worth hundreds of millions of dollars to the owner of Israeli telecom giant Bezeq in exchange for positive coverage on its Walla news site.

In his opening testimony, Chefetz said that Netanyahu was a “control freak” when it comes to his public image, and that “his control over everything relating to media matters and in his social media channels could not be higher.”

His trial formally began in 2020, while the country was embroiled in a political crisis that saw four repeated elections. The trial is expected to take years.