Israel Terror Attack Survivor: I Felt Pain in My Arm at the Place of Tefillin
Israel 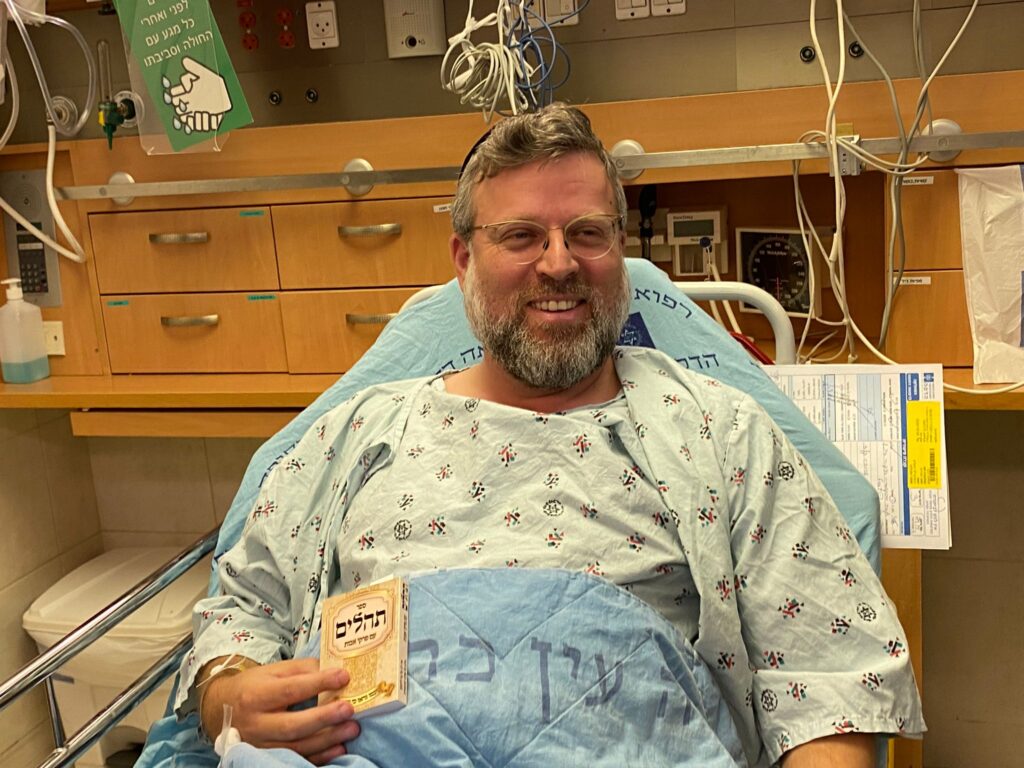 Rabbi Ze’ev Katzenelbogen, 46, who lives in the Old City of Yerushalayim, was moderately wounded in the terrorist attack near the Kosel Sunday morning, recounted the tense moments of the attack.

“I returned from Shacharis at the Kosel, still with my tallis and tefillin on my head and arm,” he told Channel 13 from his bed in Hadassah Ein Kerem hospital.

“As I was walking left, down the street leading to my house, I heard gunshots and realized there was an incident. In a split second, I felt a strong pain in my arm, in the place of my tefillin. I turned around and entered a safe building.”

Rabbi Katzenelbogen said that he had “received life as a gift,” adding that “it’s written that the tefillin are connected to the heart.”

He wished all the wounded a refuah sheleimah, and said that he hoped that people will be able to walk in their hometowns in safety.