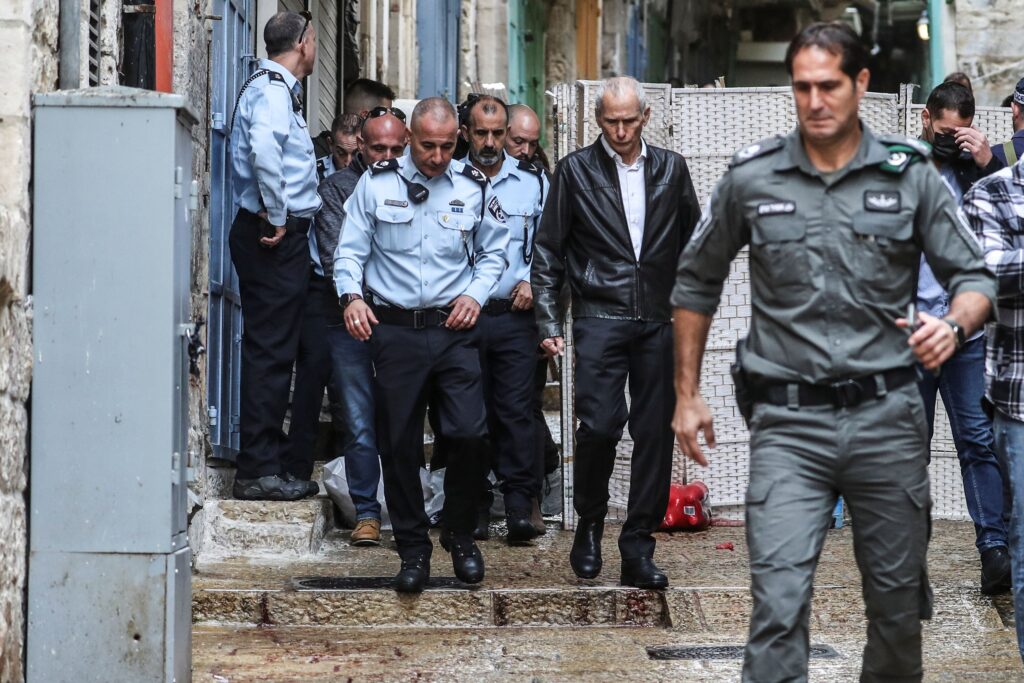 Israeli security forces raided the East Yerushalayim home of the Palestinian terrorist who killed one person and wounded four others in an attack in the capital’s Old City earlier on Sunday.

Several relatives of the terrorist—identified as Hamas operative Fadi Abu Shkhaydam—were arrested by Israeli police in the Shuafat Refugee Camp, including his daughter, brother and nephew, according to Palestinian media.

A spokesperson for Israel Police said that they could not confirm or deny the reports as operations were still ongoing.

Abu Shkhaydam’s wife and several of their children fled Yerushalayim three days before the attack, reportedly traveling to Jordan.

In addition to the raid on his home, Israel Police officers also went to the Islamic boys high school where Abu Shkhaydam worked, the Rashidiya school, just outside the Old City.

A Yerushalayim Municipality spokesperson confirmed that Abu Shkhaydam worked at the school and drew a paycheck from the city, although he was known to Israeli security services as a Hamas member.

Abu Shkhaydam was a member of Hamas’s political wing and served as a terror group member in the Shuafat Refugee Camp, according to Hamas. He had five children: three sons and two daughters.

It was not immediately clear how a known member of a terrorist group was permitted to work in a municipal school. In a radio interview, Mayor Moshe Lion gave no explanation.

“We do what everyone does, we don’t do security checks,” Lion told the Kan broadcaster on Sunday afternoon.

On Sunday evening, hundreds of Palestinians marched in Shuafat to honor the Hamas terrorist.

They went to Abu Shkhaydam’s house, chanting: “Millions of martyrs will march to Jerusalem.” Many waved green Hamas flags.