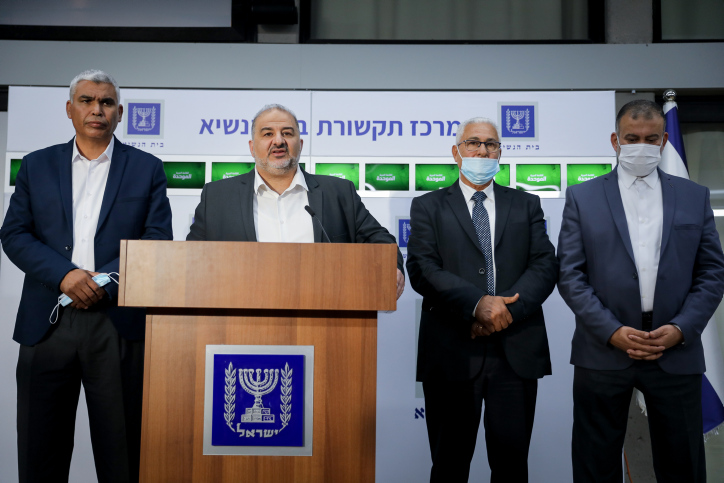 The Likud party has demanded that the Ra’am party, which is a member of the ruling coalition, condemn the terror attack in Yerushalayim’s Old City earlier on Sunday, Arutz Sheva reported.

In response, Ra’am published a condemnation, but only in Hebrew, to minimize anticipated criticism from their Arab supporters if it were made in Arabic as well.

“The Likud demands that Ra’am and [Chairman MK] Mansour Abbas officially and unambiguously condemn the lowly terror attack in Yerushalayim this morning,” the Likud said in a statement, stipulating that it must be “unconditional and without excuses.”

Ra’am responded with a general statement that did not specifically refer to Sunday’s attack in which Eliyahu David Kay Hy”d, was murdered and three other Jews wounded. Kay was a 26-year-old new immigrant to Israel from South Africa, who worked as a tour guide in the Old City. He was engaged to be married.

The party statement read: “Throughout the decades, Ra’am has opposed and condemned and acted to prevent harm to innocent people on both sides, and it will continue this stance, especially when it comes to innocent civilians. Ra’am has always called to preserve the sanctity of life, and to avoid any kind of violence, and to aim to live together in peace and security, in cooperation and tolerance, as was written in the Ra’am mission statement.”

Ra’am went on to chastise Likud for its failure to achieve peace: “The Likud cannot lecture Ra’am and MK Mansour Abbas, period. The Likud led the government for many years, and failed at achieving peace and security and internal stability, and therefore its time has ended and it has been replaced. The Likud needs to make peace with the fact that today there is a different government, and for a change, a functioning government.”

Meanwhile, on Sunday night, Palestinians rioted at the entrance to Yerushalayim’s Shuafat Refugee Camp, where police had raided the home of Fadi Abu Shkhaydam, the Hamas member who perpetrated the attack. Several members of his family were reportedly arrested.

Rock-throwing at police began after a march of hundreds of Palestinians in honor of the murderer.