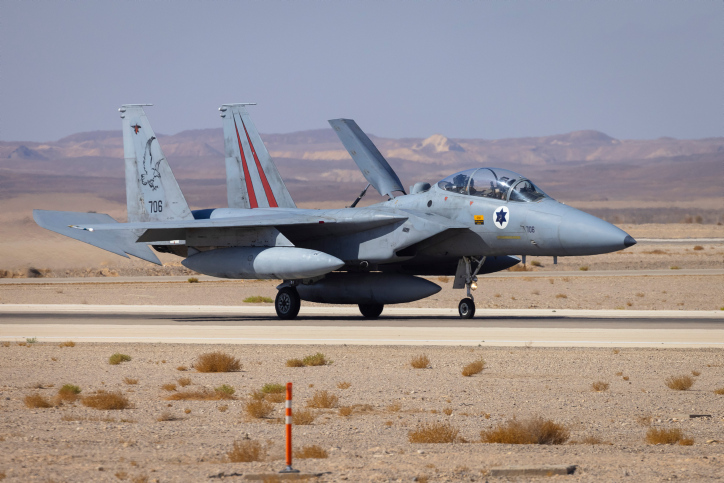 Recent cooperation and military exercises Israel has carried out with the U.S. and Gulf states are part of preparations for a possible future military conflict with Iran, head of the North American desk in the IDF’s Foreign Relations Unit Lt. Col. Shachar Shoshanna confirmed to Israel Hayom.

Shoshanna, who coordinated the IDF’s preparations for US Ambassador to the U.N. Linda Thomas-Greenfield’s visit to Israel last week, explained that the IDF viewed the visit as “a continuation of the same spirit and policy of the past few months.”

“This policy allows us to expand our freedom of action and publicly do things that previously were carried out in secrecy. We are experiencing new regional cooperations. A group of countries that are speaking together has been formed. We want to build a space that is capable of handling radical Islam – primarily, Iran,” Shoshanna said.

In response to a query by Israel Hayom, Shoshanna confirmed that last week’s drill in the Red Sea – in which the IDF, the United States Fifth Fleet and Gulf state militaries participated – was one of the “cooperations” to which he was referring.

Shoshanna said that the joint drills and the footage from them, including photos of Israeli Air Force aircraft and U.S. bombers flying over Israel, were the result of the Abraham Accords, which saw Israel transferred from EUCOM to CENTCOM.

“Putting Israel under CENTCOM is very dramatic, because that is the command that is responsible for dealing with the Iranian threat … CENTCOM has identified Iran as a main threat. This is its worst-case scenario, and it is preparing itself to take action against Iran just like we are preparing ourselves in light of our own worst-case scenarios,” Shoshanna said.

According to Shoshanna, “The Americans are preparing for this as their number one problem, and together with the states that have normalized [with Israel], an opportunity has been created to build a regional net and military capability to confront Iran. Because of the normalization agreements, we are building more advanced capabilities. Things that happened in secrecy until less than a year ago are now public.”