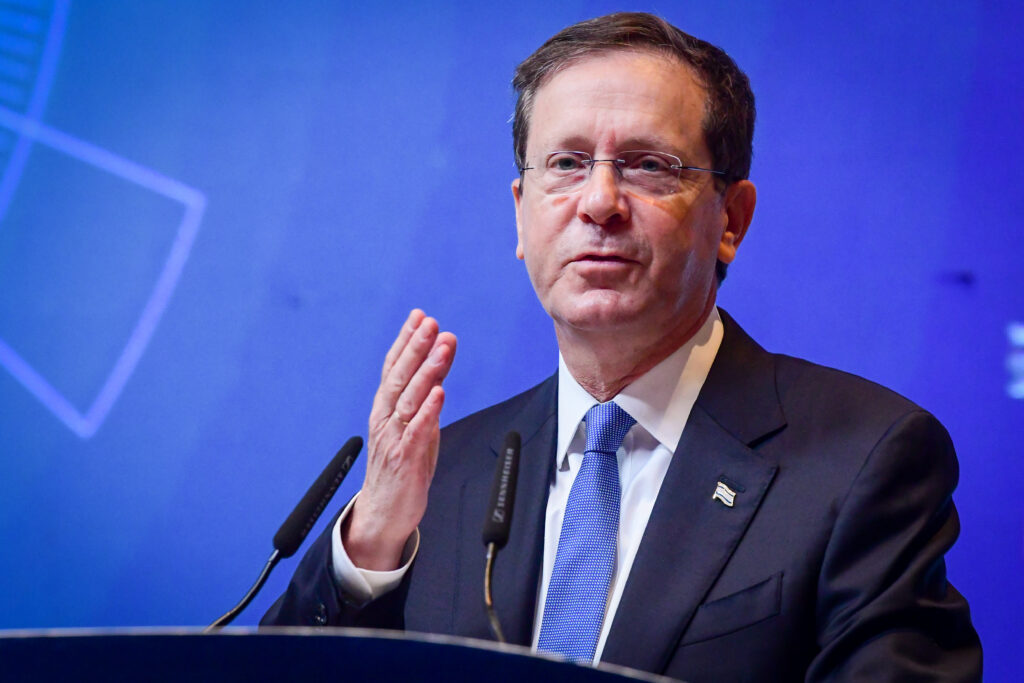 President Yitzchak Herzog departed Sunday on an official visit to the United Kingdom.

During the visit, the President will hold official meetings, including with HRH The Prince of Wales, Prime Minister Boris Johnson, Foreign Secretary Liz Truss, Members of Parliament, and Jewish community leaders. The President will also be a guest of honor at a special Genesis Prize Foundation event paying tribute to the late Rabbi Lord Jonathan Sacks one year after his passing, with the participation of Jewish community leaders and UK Government officials past and present.

Before departure, the President said: “I am departing […] on a 48-hour official visit to Britain — one of Israel’s most powerful and closest allies. I shall meet the heir to the throne, HRH Prince Charles, and shall surely hear from him about his visit a few days ago in Jordan and Egypt last week, and we shall discuss the climate crisis.

“I shall also meet British Prime Minister Boris Johnson, a true friend of Israel, and we have known each other for many years. I shall thank him for the British Government’s decision to recognize Hamas as a terrorist organization, with all that entails. This is a supremely important step in the war on terror.

“I shall meet Foreign Secretary Liz Truss and Members of Parliament, and together with Prime Minister Boris Johnson, the Foreign Secretary, MPs, and other public officials, I shall make clear that Israel cannot allow Iran to acquire nuclear weapons capability and it expects its allies to be tough and assertive toward the Iranians, including in their dialogue with them. Israel makes this position clear to all its friends and of course makes clear that it reserves all options to defend itself.”