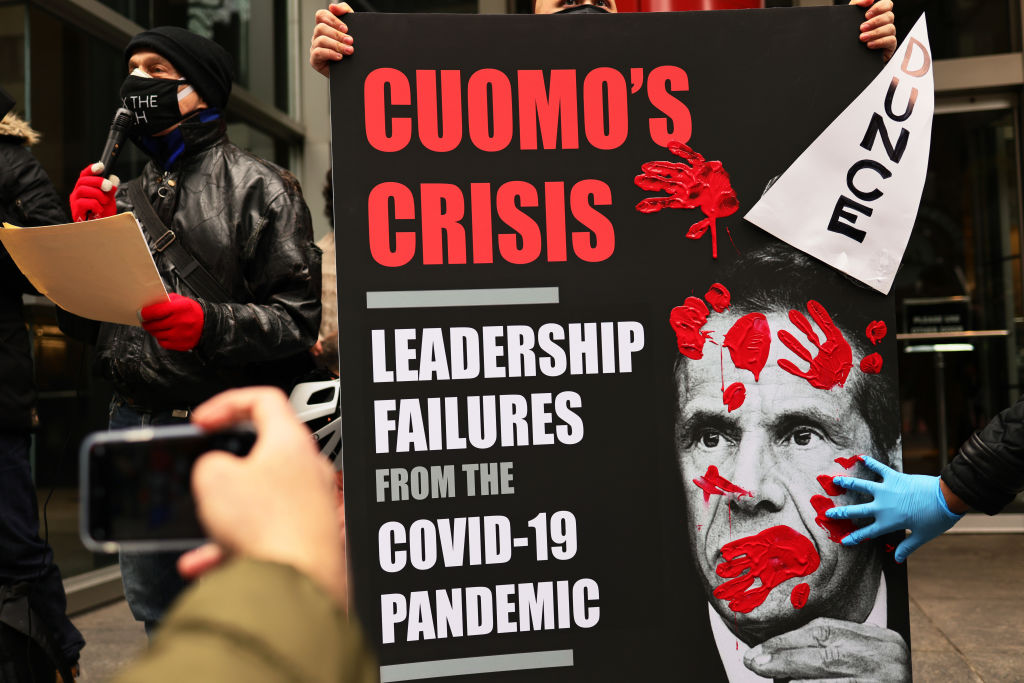 The New York Assembly’s investigation into former Gov. Andrew Cuomo’s conduct in office concluded the Democrat’s administration misrepresented how many nursing home residents died of COVID-19, according to a lawmaker who reviewed the committee’s still-secret report.

Assembly Member Phil Steck was among the Assembly Judiciary Committee members who were able to review a copy of the approximately 45-page report Thursday and Friday in advance of its public release, possibly as soon as next week.

The report, compiled by the New York City law firm Davis Polk & Wardwell, covers a wide array of allegations of misconduct by Cuomo, including harassment claims and the participation of his staff in writing his book on the coronavirus pandemic.

Other topics include the Cuomo administration’s manipulation of data on COVID-19 deaths as presented to the public.

The Associated Press and other news organizations reported on gaps in the state’s statistical accounting of fatalities, including the administration’s decision to exclude from its nursing home death totals thousands of patients who died after being transferred to hospitals.

The Davis Polk investigators confirmed press reports that the state Department of Health wanted to include those hospital deaths in the state’s nursing home fatality count.

“The investigation showed that as they were considering these matters, the book deal was going on, there’s a chapter in the book about nursing homes,” said Steck, a Democrat who represents part of the Albany area. “They were trying to make it as what they thought was least damaging to the governor instead of just telling the truth.”

Cuomo’s resignation in August stymied the law firm’s efforts to interview witnesses about the misrepresentation of nursing home data, according to Assembly Member Mary Beth Walsh, a Republican.

Cuomo administration officials, at the time, acknowledged that their nursing home fatality count was incomplete, but said that was only because it would take time to verify the data. Health officials insisted it was not an attempt to make the state’s death toll look better or protect Cuomo’s reputation.

Cuomo’s spokesperson, Rich Azzopardi, said Friday that the former governor and his team still hadn’t been allowed to see a copy of the Assembly report, or all the investigators’ evidence.

“The Assembly Judiciary Committee has chosen not to review their findings with us, which is their prerogative, but it may once again result in a one-sided report,” Azzopardi said.

Cuomo resigned in August to avoid a likely impeachment trial in the wake of another investigation. That investigation was led by two independent investigators hired by the state’s attorney general.

On the subject of Cuomo’s $5.1 million book deal, Steck said the report makes “very clear” that the then-governor violated conditions set by the state ethics committee, which had said Cuomo couldn’t use state resources or staff on the project.

Investigators found that Cuomo ordered some state employees to work on the book, and while some said they volunteered their private time to do so, Steck said “there wasn’t enough time in the day for it to be voluntary work and for them to still be able to work on official state business.”

Walsh, a former Saratoga assistant county attorney, said that could “open the door” to an ethics fine.