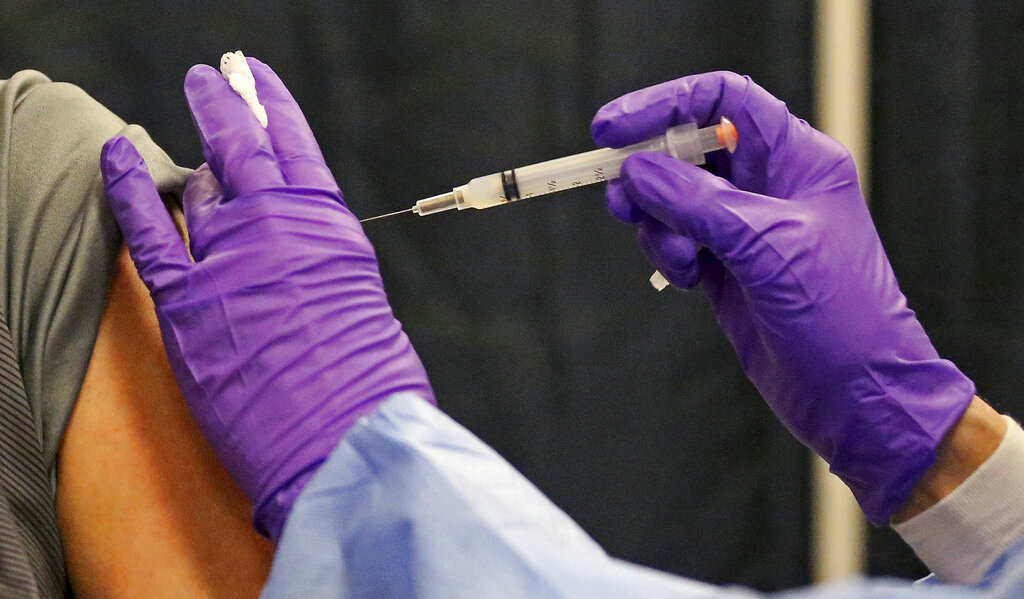 COVID-19 booster shots from Moderna and Pfizer/BioNTech were cleared by U.S. regulators for all Americans 18 and older, making millions more people eligible for extra protection as concern about a potential winter wave of infections grows.

The U.S. Food and Drug Administration said adults who received their second dose of the company’s shots at least six months ago are now eligible to receive a third, according to separate statements from the companies and the agency on Friday.

A panel of experts who advise the Centers for Disease Control and Prevention on vaccine policies are expected to review the evidence and make further guidance for administering booster shots at a meeting on Friday afternoon.

Booster shots of messenger RNA vaccines have been available for people 65 and over, as well as others who could be at higher risk of severe disease, since mid-September. Under federal guidelines, recipients can receive any of the three authorized shots as a booster, regardless of the brand of their initial vaccine.

Worry that the effectiveness of initial inoculations could fade as the weather cools and more people socialize indoors has driven the most recent push for wider use of boosters. Data presented to U.S. drug regulators by Pfizer, Moderna and Johnson & Johnson suggested all three of the currently authorized vaccines in the U.S. have seen their efficacy diminish.

Pfizer asked the FDA to expand access to its booster to all adults earlier this month. The company and German partner BioNTech said data from a large clinical trial demonstrated a relative vaccine efficacy of 95% for booster recipients when compared with those who didn’t get a booster.

Moderna asked regulators to broaden access to booster shots to all adults this week. Johnson & Johnson boosters are currently available to all adults who received the single-shot vaccine at least two months ago.

Numerous states, including Arkansas, California, Colorado, Kansas, Kentucky, Massachusetts and New Mexico, as well as New York City, have already opted to make boosters broadly available. In many of those areas, cases are climbing after a slowdown in the summer’s delta-variant-fueled surge.

At the same time, some scientists say that the evidence the vaccines are losing their protective power is thin and the need for boosters among healthier groups isn’t clear-cut. Some also worry that broader use of boosters could undermine confidence in the initial series. Additionally, some fear that allowing younger people to receive third doses of messenger RNA vaccines could increase the risk of myocarditis, a cardiac side effect seen mostly in adolescent males.

The Biden administration has leaned hard into making boosters broadly available. In August, the White House promised ready availability of supplemental doses before regulators had authorized them, causing some pushback from FDA staff and experts.

The CDC emphasized in October, after first authorizing booster shots for Moderna and J&J vaccine recipients, that it remains focused on getting shots into the arms of people who remain unvaccinated. About 69% of the total U.S. population has received at least one dose of a vaccine through Nov. 18, according to the agency.