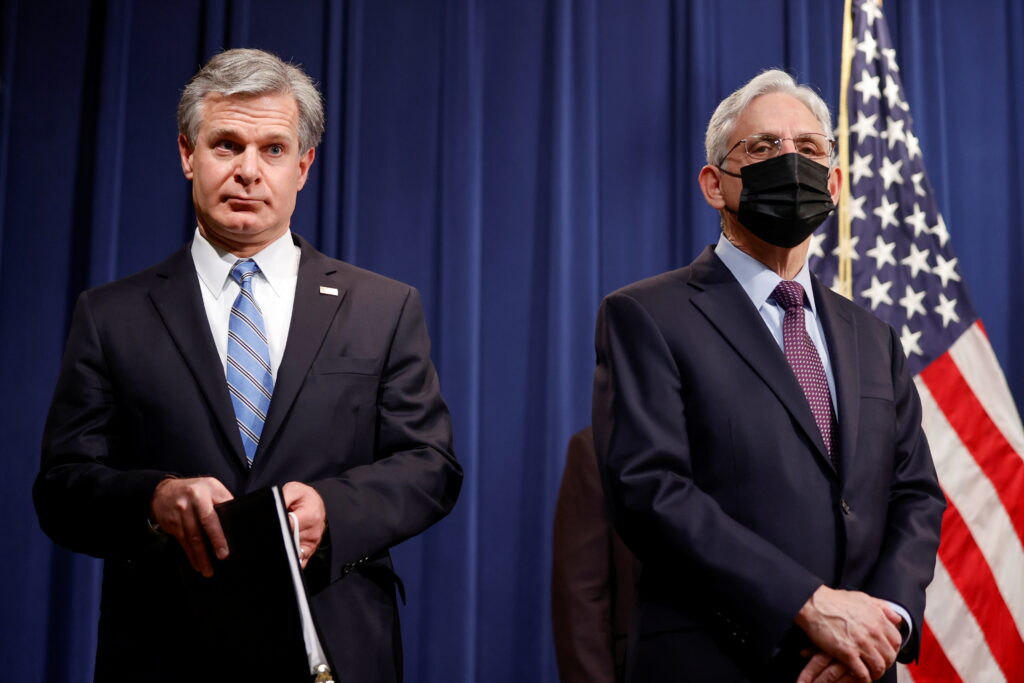 The U.S. announced criminal charges on Thursday against two Iranians accused of launching a cyber campaign to meddle in the 2020 U.S. presidential election while also sanctioning six Iranian officials for their roles in the alleged foreign interference plot.

Seyyed Mohammad Hosein Musa Kazemi, 24, and Sajjad Kashian 27, are each facing charges that they obtained confidential U.S. voting information from at least one state election website.

They are also accused of sending threatening emails to intimidate voters and sending a video that contained disinformation about purported election infrastructure vulnerabilities.

The indictment alleges they also gained access to a U.S. company’s computer network in a plot to disseminate false claims about the election, but their plot was foiled thanks to intervention by the FBI and the company, which the indictment did not identify by name.

“This indictment details how two Iran-based actors waged a targeted, coordinated campaign to erode confidence in the integrity of the U.S. electoral system and to sow discord among Americans,” said Assistant Attorney General Matthew G. Olsen of the Justice Department’s National Security Division.

U.S. suspicions about Iranian interference in the 2020 presidential election surfaced in October of last year.

Two weeks before the November election, top intelligence officials in then-President Donald Trump’s administration alleged that both Russia and Iran were attempting to interfere in the election, and had gained access to some U.S. voter registration data.