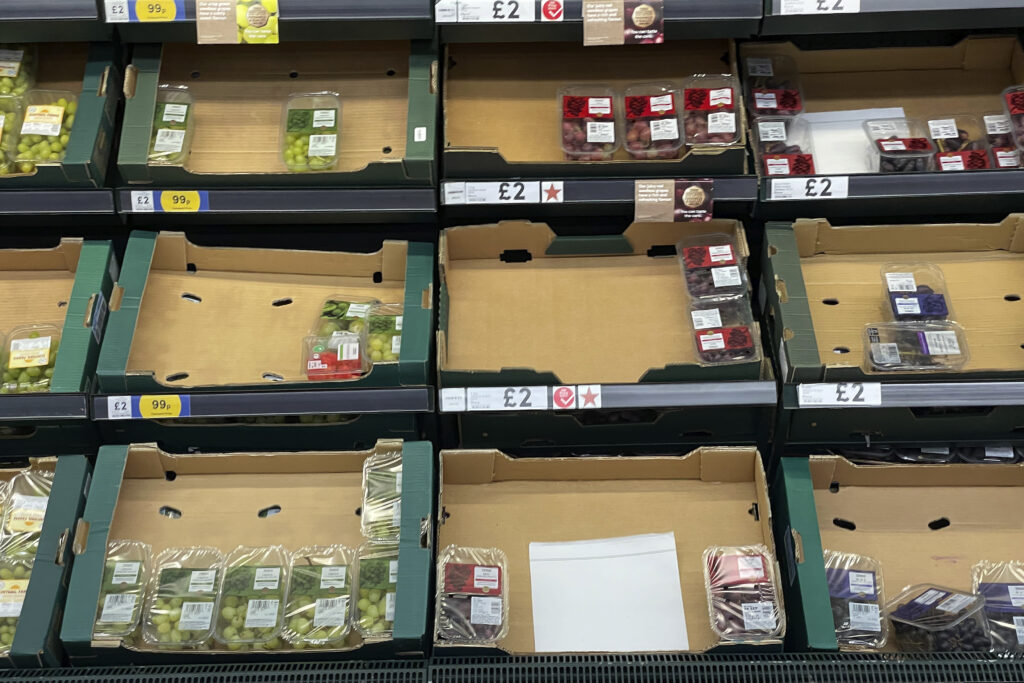 Albertsons, Mondelez and Kroger are among a wide range of companies whose profits could be squeezed from rising food prices if inflation keeps running hot.

So far grocery stores, restaurants and food producers have passed along much of inflation’s impact to consumers, who have eaten most of the increase. The industry’s profit margins have been tightening throughout 2021 and analysts are growing concerned that margins could feel an even tighter pinch as companies absorb more of the persistently rising costs and consumers possibly change shopping habits to adapt.

Prices for U.S. consumers jumped 6.2% in October compared with a year earlier, leaving families facing the highest inflation rate since 1990.

“We’re getting into this situation where we have spiraling inflation,” said Jay Hatfield, CEO of Infrastructure Capital Advisors. “Inflation in one area drives inflation in another.”

Several big food producers have taken measures to shore up their profit margins through the year, which are mostly back to normal levels after an exceptional 2020 when the grocery industry got a boost from more people cooking and eating at home during the worst of the pandemic.

Cheerios maker General Mills told investors in September it expects its prices to go up through the remainder of its fiscal year, which includes part of 2022. Chicago-based Conagra, which makes a wide range of foods from Chef Boyardee ravioli to Birds Eye frozen vegetables, also doesn’t expect inflation to ease anytime soon.

As food producers raise prices, grocers and restaurants are passing the increases along to consumers for the most part, rather than have them chip away at profit margins. That strategy might not work much longer, several analysts said, if consumers consider pulling back on spending and shifting their shopping habits because of lingering high prices. Companies may then have to come to terms with shrinking profit margins as more costs are absorbed and consumers potentially curtail spending on meals at home and at restaurants.

Consumer staples companies, which include food producers and grocers, have been among the hardest hit by rising inflation. The sector had the most companies, at 63%, reporting a decrease in net profit margins during the third quarter compared with a year ago, according to data from FactSet.

Rising food prices could result in more price-conscious consumers and that could mean that conventional grocers like Kroger face greater margin pressure than their lower-priced or more diversified competitors like Dollar General or Walmart, said CFRA analyst Arun Sundaram, in a note to investors.