Politics Republicans Seek a U.S. Senate Takeover in 2022 but Struggle Over Candidates
Politics 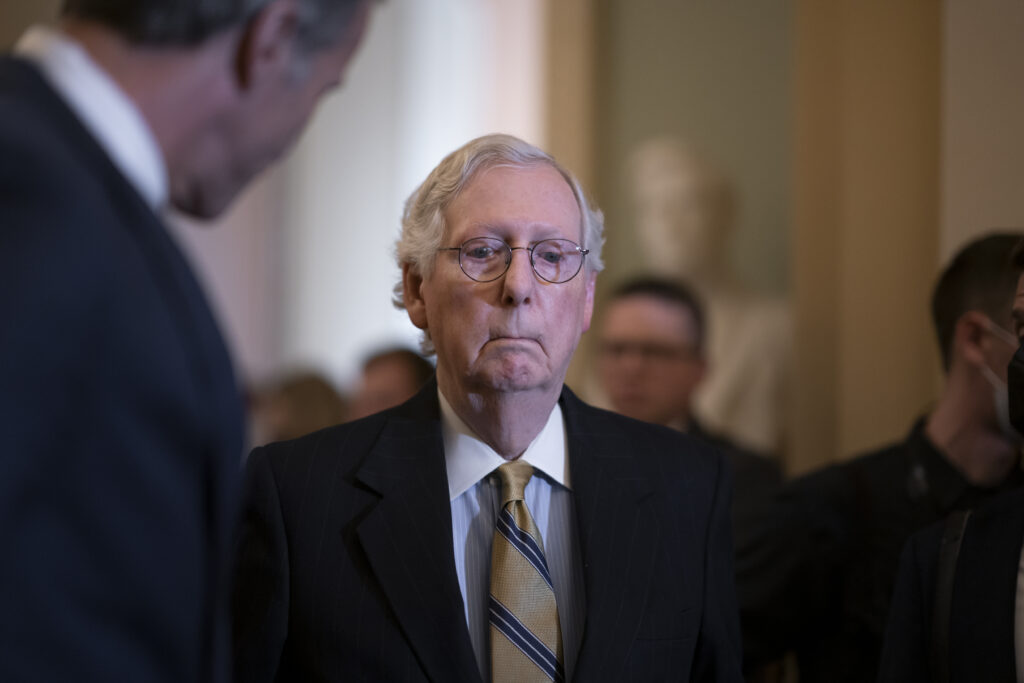 The national environment could hardly look more favorable to Republicans one year before the midterm elections, with declining approval for President Joe Biden, growing pessimism in the country and spiking prices for essentials like gasoline and milk.

But Republican struggles to settle on candidates have left some wondering whether the party will blow its big chance to retake the U.S. Senate.

The prospect of fierce and damaging primaries in some states risks weakening candidates for a general election, when Republicans seek to win over voters who previously rejected Trump.

Some Republican strategists, who spoke on the condition of anonymity to criticize the party’s midterm strategy, said they are concerned about a possible return to dynamics that defined the 2010 Senate elections, when Republicans failed to reclaim the Senate despite a massive win in the House.

Other Republicans have argued that the national environment is so bad for Democrats that the primary fights and personal baggage of Republicans will fade into the background by next November.

At stake in the Senate is the trajectory of the Biden presidency before the 2024 elections. Not only is the future of the Democratic legislative agenda on the ballot, as it is in the race for the House, but a Republican Senate majority could also create a vast bottleneck in confirming Biden’s executive and judicial nominees, including potential Supreme Court vacancies. And it would put committee gavels – with agenda-setting and, in some cases, subpoena powers – into the hands of lawmakers with a vested interest in electing a Republican president in 2024.

Republicans need only a one-seat net gain to win control of the chamber, which is currently split 50-50, with Vice President Kamala Harris delivering tie-breaking votes to Democrats.

The off-year election results this month in Virginia, New Jersey and bellwether suburban districts elsewhere in the country showcased a dismal political environment for Democrats, with a consistent swing toward Republicans compared with the 2020 election results.

Disapproval of Biden’s job performance has continued to grow nationally since those defeats, as has the share of Americans who believe the country is on the wrong track, according to polling averages. Rising costs of staples like groceries and heating oil have also popped up as a major concern for middle-class voters.

“We’ve seen in multiple Senate cycles that flawed Republican candidates can become a major problem for their party in Senate races,” said David Bergstein, a spokesman for the Democratic Senatorial Campaign Committee. “And quite candidly, there isn’t a Glenn Youngkin running in Senate races across the map.”

That view was only bolstered this past week by Sununu’s decision to pass on a Senate run while savaging the institution that Republicans including Minority Leader Mitch McConnell, R-Ky., and Sen. Rick Scott, R-Fla., chairman of the National Republican Senatorial Committee, had aggressively wooed him to join.

“The more I spoke to some of the folks in Washington, I realized that you know what, I have been criticizing Washington for a long time and I guess I was right,” Sununu said about his decision to instead run for re-election as governor. The decision also did not bode well for GOP efforts to lure two other popular, moderate governors to challenge Democratic incumbents, Doug Ducey of Arizona and Larry Hogan of Maryland, both of whom have denied an interest in Senate campaigns.

GOP strategists note that Democrats have primary issues of their own: In Pennsylvania and Wisconsin – the party’s best opportunities to flip Republican-held seats – candidates are eager to appeal to an increasingly liberal base. Pennsylvania Lt. Gov. John Fetterman, an unabashed supporter of socialist Sen. Bernie Sanders, I-Vt., is outpacing more moderate challengers in fundraising and public polls.

But the tensions inside the party are likely to grow in the coming months. Trump has been encouraging former senator David Perdue’s possible primary challenge against Georgia Gov. Brian Kemp, a Republican who declined to indulge Trump’s election fantasies. Similar GOP divisions over the 2020 result proved disastrous earlier this year, when Democrats won two Senate runoff elections in Georgia amid depressed Republican turnout.