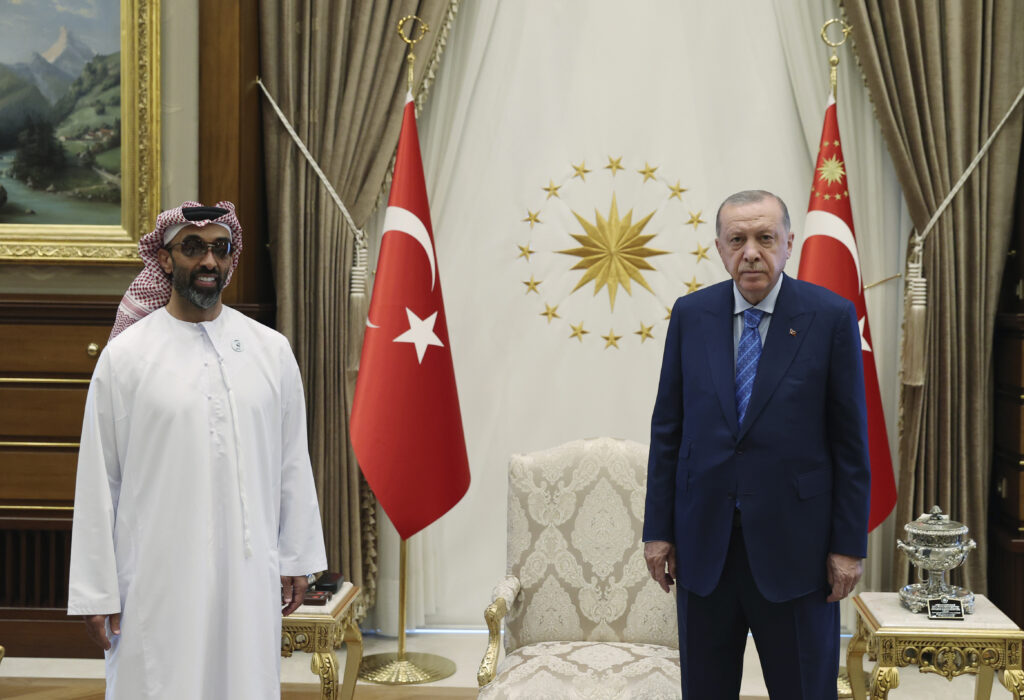 Mordy and Natalie Oknin were arrested last week in Istanbul for alleged espionage after they photographed Turkish President Recep Tayyip Erdogan’s palace – something that thousands of other tourists do every day.

Israel had swiftly and firmly denied the couple had links to any security agency and began pursuing their release vis-à-vis Turkish authorities.

The mission proved difficult after the two were remanded for an additional 20 days earlier this week, sparking concerns that Turkish President Recep Tayyip Erdogan will attempt to leverage the case for political gain.

As efforts to have the two released increased and Prime Minister Naftali Bennett and Foreign Minister Lapid personally took on the case directly, a media blackout was placed on any progress made.

It wasn’t until early on Thursday morning, that Israeli officials confirmed that the government sent a private jet to pick up the Oknins, who arrived in Israel 6:20 a.m.

The aircraft used was a U.S.-registered jet that had been used by Israel in the past for state matters, local media reported.

It was also cleared for publication that the United Arab Emirates was the “third-party country” that Israeli officials had hinted was assisting Israel in the case.

According to available details, UAE National Security Adviser Tahnoun bin Zayed Al Nahyan, who has close ties with his Turkish counterpart and other defense officials in the country, was asked by Israel to help mediate the couple’s release.

Israeli officials made it clear to bin Zayed that the couple had never worked or acted on behalf of any security intelligence agency.

The assurances were enough to convince the top UAE official that the Oknins were innocent tourists who were arrested for no wrongdoing, and he agreed to weigh in on the matter vis-à-vis Ankara.

After the couple was safely back home in Modi’in, Bennett and Lapid thanked Erdogan for his efforts to secure their release.

A senior diplomatic official told Israel Hayom that it was the Turkish leader’s personal intervention that brought the incident to an end, saying that as soon as his office was made aware of the case, the matter was expedited and the two were released from jail and allowed to leave the country.

Prior to the couple’s release, the prime minister had enlisted all available resources to secure their safe return to Israel.

According to foreign media reports, Mossad Director David Barnea spoke with his Turkish counterpart and also offered assurances that the Oknins’ were not intelligence agents.