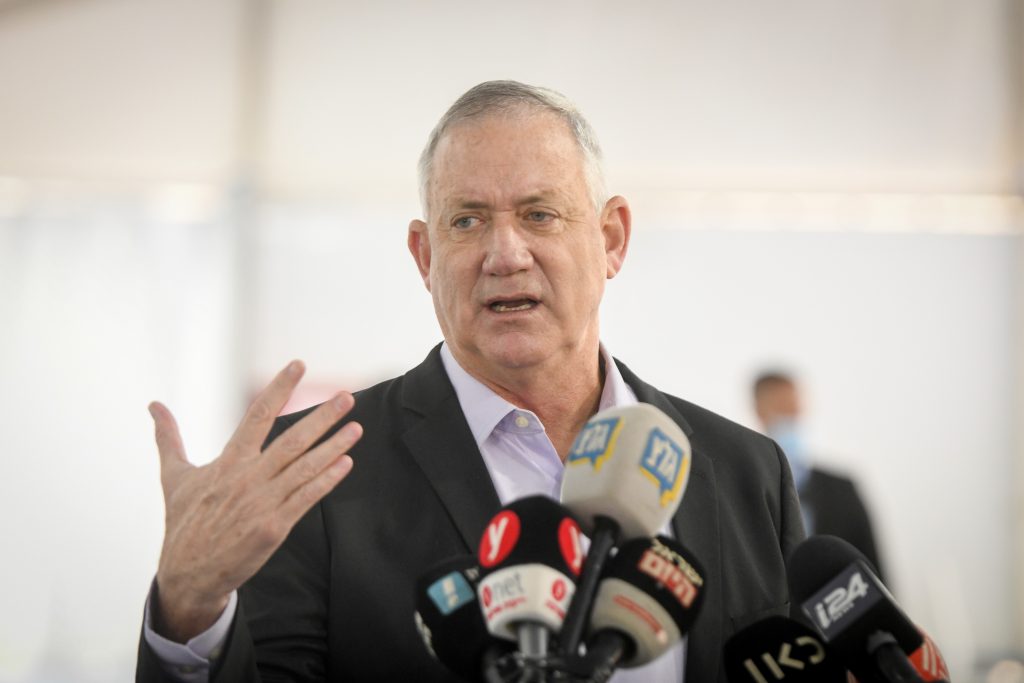 An Israeli citizen who was employed in housework and cleaning at Defense Minister Benny Gantz’s home, was arrested earlier this month after he attempted to contact Iranian elements and offer his services as a spy.

The Shin Bet revealed Thursday that a 37-year-old man from Lod was arrested as part of a joint operation with the police’s Lahav 433 Unit.

The investigation revealed that the man, who was working at Gantz’s house, contacted an entity affiliated with Iran on his own initiative through a social network a few days prior to his arrest and offered to assist it in various ways, taking advantage of his approach to the minister’s house, in return for payments.

The indictment filed against the man shows he contacted the Iranian Black Shadow hackers group, which conducted a series of attacks in Israel last month.

Among other things, he offered to transmit malware from the Iranian source, which would allow access to the computer used by the minister.

This intention was thwarted ahead of time in light of the quick arrest of the cleaner, preventing the realization of this possibility, the Shin Bet added.

To prove his ability and seriousness, the cleaner photographed a number of items in various places in the minister’s house, which he sent to the Iranian source, including images of the minister’s computer.

The Shin Bet emphasized that due to information security measures and procedures in Gantz’s house, he was not exposed to classified materials, and accordingly there were no such materials transferred from him to the parties whom he contacted.

The investigation was conducted with the knowledge of the Defense Minister.

At the end of the investigation, the Central District Attorney’s Office filed on Thursday an indictment in the Lod District Court charging the man with espionage.

The Shin Bet also conducted an investigation regarding its procedures with the aim of reducing the possibility of recurrence of such cases in the future.

This is not the first time Gantz has been the target of hostile intelligence operations. In March 2019, the Shin Bet announced that Iranian intelligence had hacked into Gantz’s cell phone and had taken all its contents, including information deemed as sensitive.

The Shin Bet reportedly told Gantz that he must assume that any information that was on his phone was taken by those most hostile to Israel. No classified information was believed to be on the phone at the time. Iran denied the report.

Political analyst Amit Segal noted that the cleaner has a criminal record, and as such it is surprising that he was allowed access to the home of the country’s defense minister.

The Public Defender’s Office, which assigned a lawyer to aid the suspect, said he had acted out of “financial duress” and had not intended to harm national security.

Gal Wolf, the attorney representing him, implied on Kan radio that the man had intended to extract money without actually being able to carry out any espionage.

“A person can boast and say he can deliver the goods, [but] the Shin Bet’s statement does not stand the test of reality,” Wolf said.