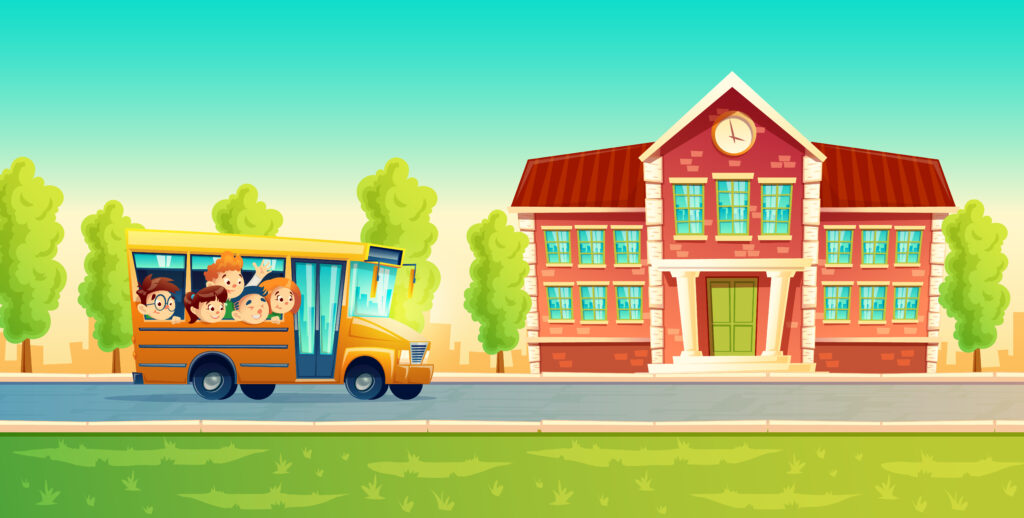 New York State school districts must provide busing for private-school students on all days their schools are in session, not only when public schools are open, a state judge ruled Thursday, in a decision that may have significant implications for students of yeshivas and other private schools.

Per this guidance, the Washingtonville Central School District in Orange County, N.Y., doesn’t provide busing on nonpublic-school days, for the 1000 Jewish children residing in the Town of Blooming Grove who attend yeshiva in nearby Kiryas Joel.

Justice Peter Lynch of the New York State Supreme Court in Albany granted the plaintiffs a preliminary injunction in August, and on Thursday made the injunction permanent, stating that the Education Department “has long implemented a self-serving practice, in derogation of its statutory obligation.”

“ ‘All the children’  means all the children, without regard to whether the school they attend is private or public,” Lynch wrote. “It is manifest that the phrase ‘legally attend’ means exactly what is says and necessarily includes both private and public schools.”

Thursday’s ruling, if upheld on appeal, may have a substantial effect on the more than 380,000 K-12 private-school students in the state, many of whom don’t receive busing when public schools are closed, as well their parents, who currently have to drive carpool on these days.

“The District’s and [State Education Department’s] policies denying my children busing to their nonpublic schools on days that the District chose to be closed created a huge burden on us to find and pay for other means of transportation for our children to ensure they don’t miss school,” Yitzchok Ekstein, chairman of the United Jewish Community Board of Blooming Grove, said in a statement. “The Court’s decision has thankfully relieved us of that unfair burden and guaranteed that our children will always have a way to and from their schools of choice.”

“The Court has clearly stated in its decision that New York State Education Law requires school districts to provide transportation to non-public school students on all days when their schools are open,” Rabbi Yeruchim Silber, director of New York government relations for Agudath Israel, said in a statement. “This is a victory not just for the non-public schools in Washingtonville School District, but for all non-public schools and their students throughout the entire state.”