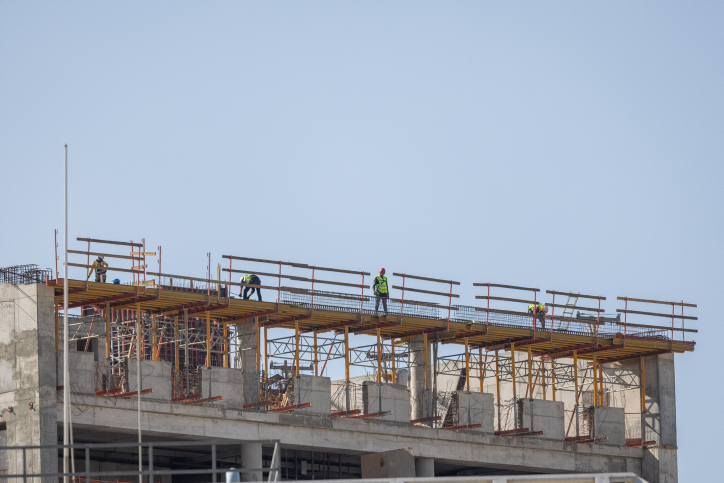 Israel is establishing a work safety authority, in an effort to bring down the extraordinarily high rate of deaths, injuries and illness at the country’s workplaces, especially in construction and factories.

“The number of those injured in accidents in Israel is still high in comparison with the rest of the world,” Golan told Globes. “We’ve got down to 11 casualties per 100,000 people, but the standard in the leading countries, such as Germany and Britain, is two casualties per 100,000 people. There’s no reason that we shouldn’t be like them. We’re a country that’s easier to manage – we’re small.”

So far in 2021, 60 people have been killed in work accidents in Israel, according to figures from the Safe Work Israel Group.

Golan said that the authority will include an enforcement division, a training division, and an occupational health division.

“Occupational health has been unconscionably neglected,” he said. “A conservative estimate is that 800 people die every year from occupational health hazards, such as falls or chemical harm such as from breathing hazardous materials. Some argue that the real problem is disease and not accidents. For two and a half years there has been no physician at the ministry. That’s part of the political paralysis that there was here. Finally, we are now opening the tender. The occupational physician has to have a whole apparatus that deals with workplace hazards. We don’t want to find that work shortens people’s lives.”

To improve safety at building sites, the Ministry of the Economy and Industry has adopted the “stars program,” which is now voluntary but will eventually become mandatory. So far, 48 companies have received the first safety star (the lowest rating out of five stars), and one company, BST Construction, has become the first in Israel to receive two stars.

Manpower shortage has hampered supervision of building sites, and Golan acknowledged that the ministry cannot do the job alone.

“Since 2018, the number of Safety Administration inspectors has been more than doubled, but even if there are four or five times as many, it has no chance of coping,” he says. “It’s not possible for all the supervision activity to be carried out by the government inspectors, so the local authorities have to be partners in the work of supervision.”