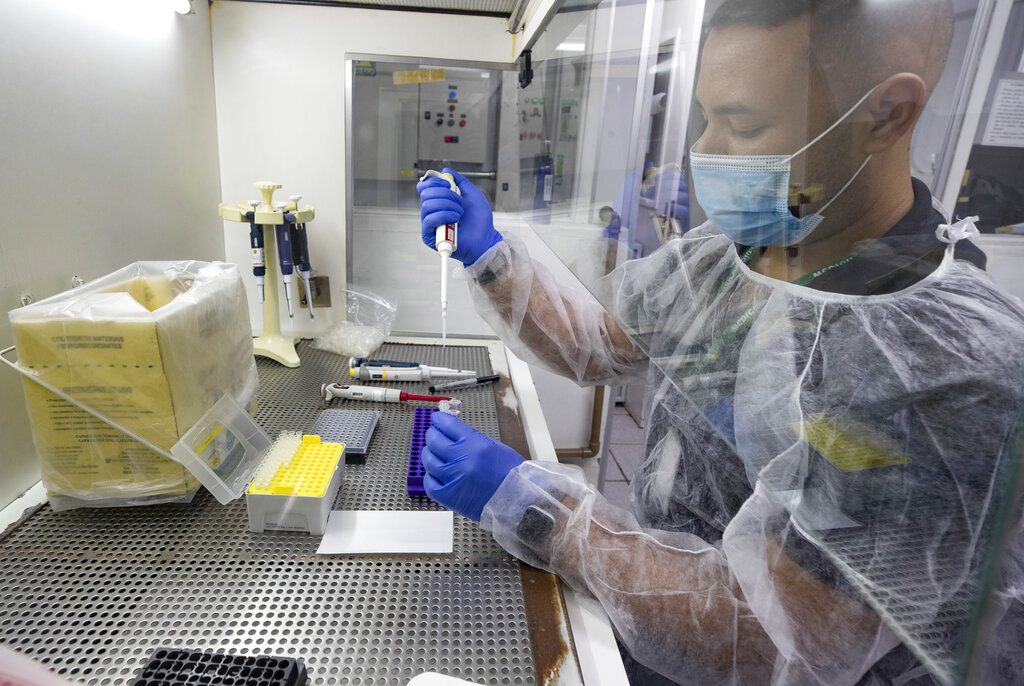 The United States has signed contracts worth about $1 billion to secure the antibody-based COVID-19 treatment developed by Britain’s GSK and U.S.-based Vir Biotechnology, the drugmakers said on Wednesday.

GSK said the deal brought the total number of doses secured for the treatment, sotrovimab, to more than 750,000 globally, adding that supply was expected by Dec. 17. The United States would have an option to buy additional doses through March 2022.

The companies did not specify how many doses the U.S. government had signed up for. However, other deals include 10,000 doses for Canada and up to 220,000 doses for the European Union.

Sotrovimab is authorized for emergency use in the United States to prevent mild or moderate cases of COVID-19 from worsening. The European Medicines Agency has given its go-ahead for use by member states although EU-wide approval is still pending.

The treatment has shown to cut the risk of hospitalization or death by 79% in adults with mild-to-moderate COVID-19.

While vaccines remain at the heart of the fight against COVID-19, treatments including oral antiviral pills offer options to contain infections.

Last week, partners GSK and Vir said the drug was shown in a trial to work as well when given as a shot in the arm as when administered via the standard infusion, potentially offering more convenience.

“Given ongoing evidence, which demonstrates its ability to maintain activity against the tested circulating variants of concern, including Delta, we are confident sotrovimab will continue to be important,” Vir Chief Executive George Scangos said in a statement.

The treatment, branded Xevudy, had brought in sales of 130 million pounds ($175 million) for GSK in the first nine months of 2021.

Similar products are offered or being developed by Eli Lilly, Regeneron and AstraZeneca.