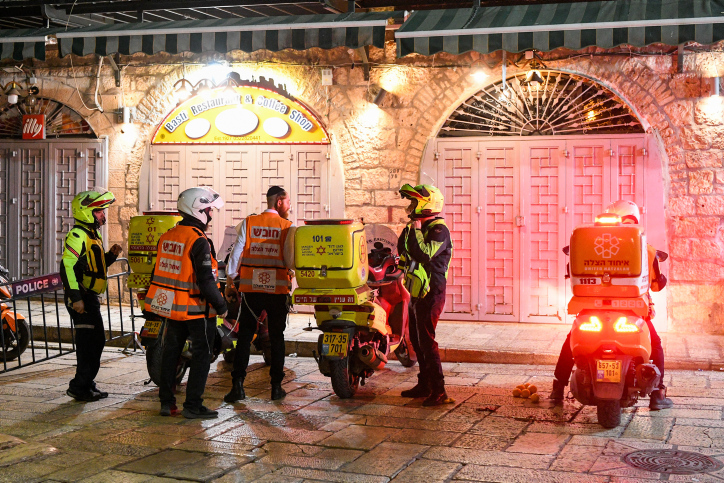 Two Israeli police officers were wounded—one moderately, the other lightly—in a stabbing attack in Yerushalayim’s Old City on Wednesday.

The 16-year-old Palestinian assailant from east Yerushalayim was shot and killed by security forces at the scene, police said.

The two wounded police officers were rushed to Hadassah Hospital Mount Scopus in the capital for medical treatment.

Magen David Adom emergency services said one of the injured officers was a 19-year-old woman and another was a man aged 20.

The attack took place near the Ateret Kohanim Yeshiva in the Old City, police said.

Large numbers of police forces were sent to secure the scene. In a sweep of the area after the attack police detained several suspects for questioning on suspicion they were connected to the assailant.

Security forces subsequently entered the Isawiya neighborhood to raid the attacker’s home, where they were confronted by local residents, who began to riot, according to media reports.

Some of his family members were arrested, the reports said.

The Hamas terror group praised the attack, calling it a “heroic commando operation.”