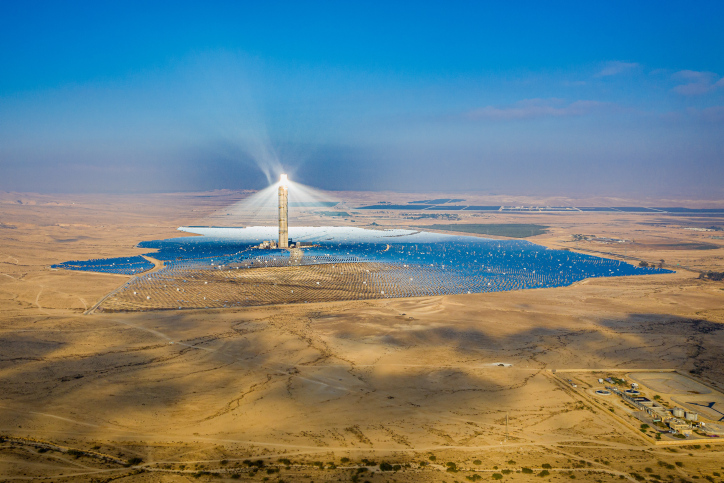 Israel, Jordan and the United Arab Emirates are set to sign a deal on Monday, pushed along by U.S. climate envoy John Kerry, to build a massive solar farm in the Jordanian desert, Axios reported, quoting five Israeli officials.

This is the biggest regional cooperation project ever undertaken between Israel and its neighbors. The plan calls for the UAE-funded solar farm to provide energy mainly to Israel, which will build a desalination plant on its Mediterranean coast to provide water to Jordan.

It was noted that the deal was made possible by the Abraham Accords, and was helped across the finish line by several phone calls from Kerry to Jordan’s King Abdullah II and Foreign Minister Yair Lapid.

The deal will only increase the strategic importance of the relationship between Israel and Jordan, which has improved significantly since Naftali Bennett replaced Binyamin Netanyahu as prime minister. It should also ease Jordan’s water crisis.

The agreement is a result of secret talks between the three governments, which grew increasingly serious in September and matured into a draft agreement at the end of October.

According to the Axios report, the deal was initially set to be signed two weeks ago during the COP26 climate conference in Glasgow, with King Abdullah ready to move ahead, but Bennett asked him to postpone the signing out of a concern that it would generate domestic political criticism days before a critical vote on the Israeli state budget, Israeli officials said.

The vision behind the project originally came from EcoPeace Middle East, a regional environmental NGO, with the logic being that Israel needs renewable energy but lacks the land for massive solar farms, which Jordan has. Jordan, meanwhile, needs water but can only build desalination plants in the remote southern part of the country, while Israel’s coastline is closer to Jordan’s big population centers.

It was revealed that the solar farm will be built by Masdar, a UAE government-owned alternative energy company. The plans call for the solar farm to be operational by 2026 and produce 2% of Israel’s energy by 2030, with Israel paying $180 million per year to be divided between the Jordanian government and the Emirati company. The agreement links the electricity deal to further water purchases from Jordan. It states that Jordan plans to double the amount of water it purchases from Israel, either from a new desalination plant or existing facilities.