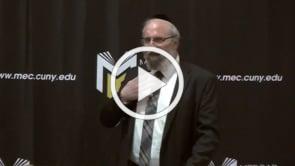 In testimony to the New York State Redistricting Commission, Rabbi Yeruchim Silber, Agudah’s New York Director of Government Relations laid out a strong case for proper representation of the Orthodox Jewish community in both Congress and in the State Legislature.

New York State law calls for consideration of “communities of interest” when drawing legislative districts. The Orthodox Jewish community in Brooklyn is certainly a community of interest with a common culture and religion, an abundance of kosher food stores and restaurants, countless charitable organizations serving virtually every human service need, and a network of yeshivas at which students are taught a dual curriculum of both Judaic and Secular studies. It is this education system, explained Rabbi Silber, that is largely responsible for the phenomenal growth of the Orthodox community in Brooklyn and elsewhere.

However, rather than being condensed within their own districts, the Orthodox community has been divided into at least five congressional and several assembly districts.

Rabbi Silber also pointed to the inequity in Rockland County, where the Town of Ramapo, which contains most of the Orthodox communities of Greater Monsey, yet is divided into three Assembly districts, the only town in the entire state so divided.

The New York State Redistricting Commission, comprised equally of Democrats and Republicans, was formed as a result of a constitutional amendment passed by the voters of New York State in 2014 and is charged with drawing new legislative lines based on the results of the 2020 census. The commission must submit maps to the legislature no later that February 28th. The legislature can either accept the commission maps or substitute with lines of their own.