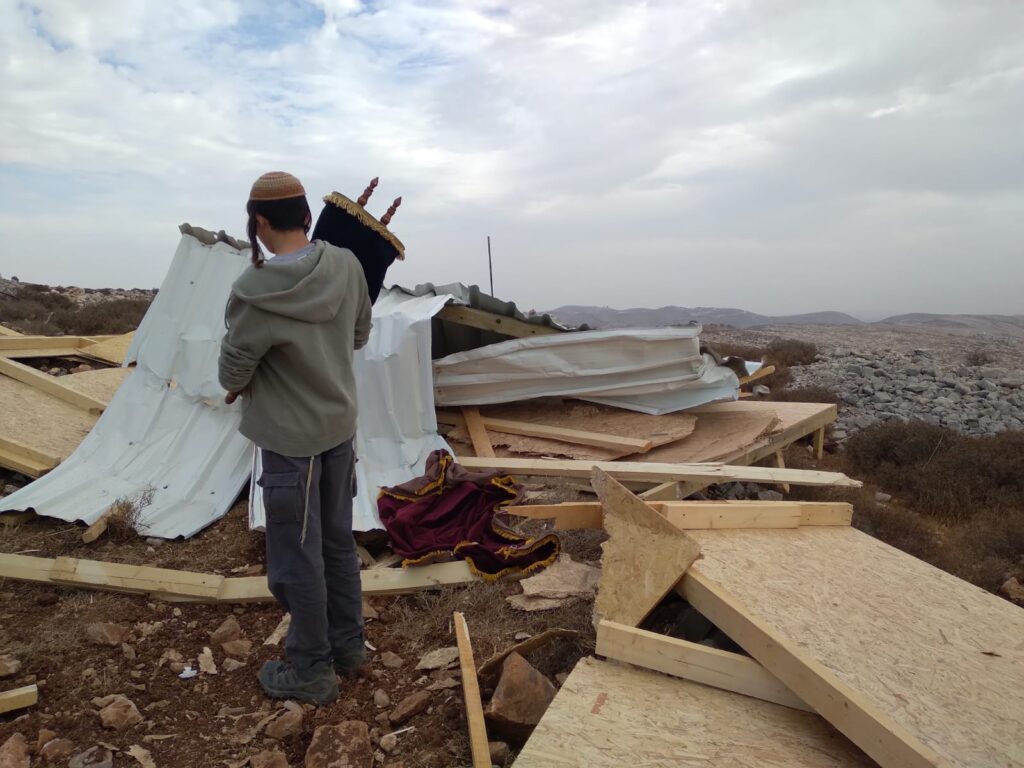 An illegal outpost in the Shomron community of Shiloh was evacuated by Israel Police and Civil Administration forces on Wednesday morning. Some 50 right-wing protesters reportedly attempted to impede the evacuation of the outpost, called Geulat Tzion, and three of them were arrested by Israel Police for assaulting a police officer.

The evacuation of Geulat Tzion comes amid continued violence between Jewish residents and Palestinians in Yehudah and Shomron. On Monday, three Palestinians were injured in a clash with settlers at the site of the former Chomesh community.

Earlier in November, Internal Security Minister Omer Bar Lev (Labor) pledged to block the authorization of Evyatar, hours after Bennett said he planned to move forward with plans to build a new community on the hilltop.

The destruction of the outpost was sharply attacked by the residents: “This government, which declared itself to be ’10 degrees to the right of the Netanyahu government,’ is carrying out destruction of settlements, while the Arab construction around it is thriving unhindered.”