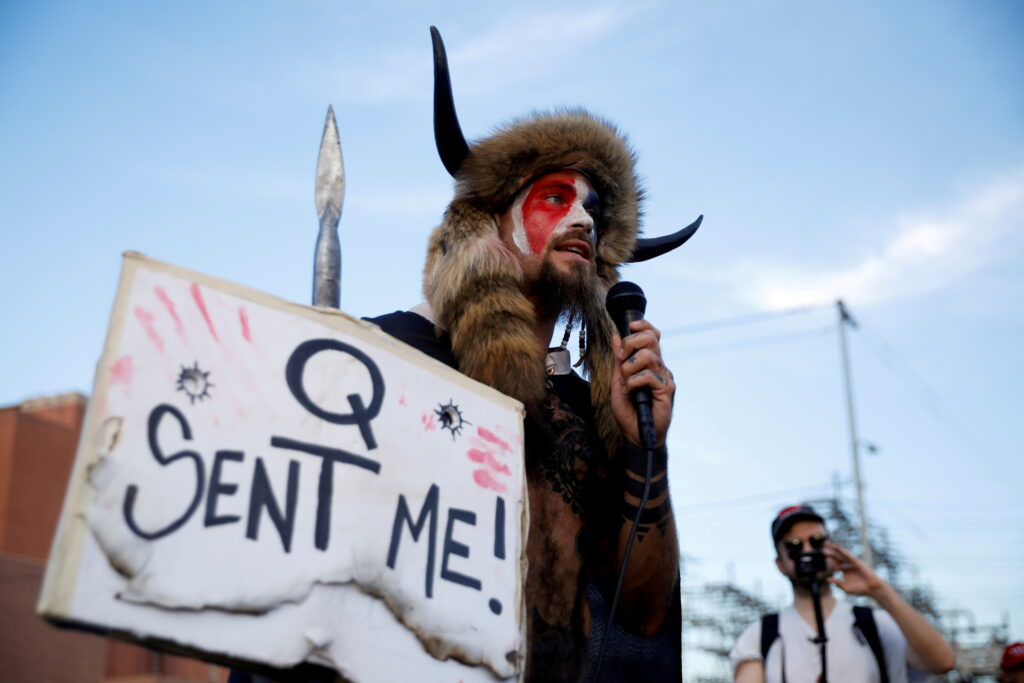 A federal judge on Wednesday sentenced the U.S. Capitol rioter known as the “QAnon Shaman” for his horned headdress to 41 months in prison for his role in the deadly Jan. 6 attack by followers of then-President Donald Trump.

Prosecutors had asked U.S. District Judge Royce Lamberth to impose a longer 51-month sentence on Jacob Chansley, who pleaded guilty in September to obstructing an official proceeding when he and thousands of others stormed the building to try to stop Congress from certifying President Joe Biden’s election.

The sentence matches one Lamberth imposed on a former mixed martial artist filmed punching a police officer during violence, who was sentenced last week to 41 months in prison. The two are the stiffest sentences handed down in any of the roughly 675 riot prosecutions.

Lamberth said he believed Chansley, 34, had done a lot to convince the court he is “on the right track.”

Chansley’s attorney asked the judge for a sentence of time served for his client, who has been detained since his January arrest. Chansley appeared in court in a dark green prison jumpsuit, with a beard and shaved head.

“The hardest part of this is that I know I am to blame,” Chansley said in a lengthy statement before he was sentenced, describing a difficult childhood and saying he had taken responsibility for his behavior.

“I thought I was going to get 20 years solitary confinement,” he said, adding: “This trauma has done something to me … I have the white hairs to prove it … on my chest … on my arms… I should not have white hairs your honor.”

While in detention, Chansley was diagnosed by prison officials with transient schizophrenia, bipolar disorder, depression and anxiety. When he entered his guilty plea, Chansley said he was disappointed Trump had not pardoned him.

Trump was impeached by the House of Representatives and acquitted by the Senate on a charge of inciting the Jan. 6 riot for a fiery speech that preceded it in which he told his followers to “fight like hell.”

Four people died in the violence. A Capitol Police officer who had been attacked by protesters died the day after the riot and four police officers who took part in the defense of the Capitol later took their own lives. About 140 police officers were injured.

Most of the guilty pleas in Jan. 6 prosecutions so far have been in cases involving non-violent misdemeanors, but government lawyers are seeking prison sentences for some defendants facing more serious felony charges.