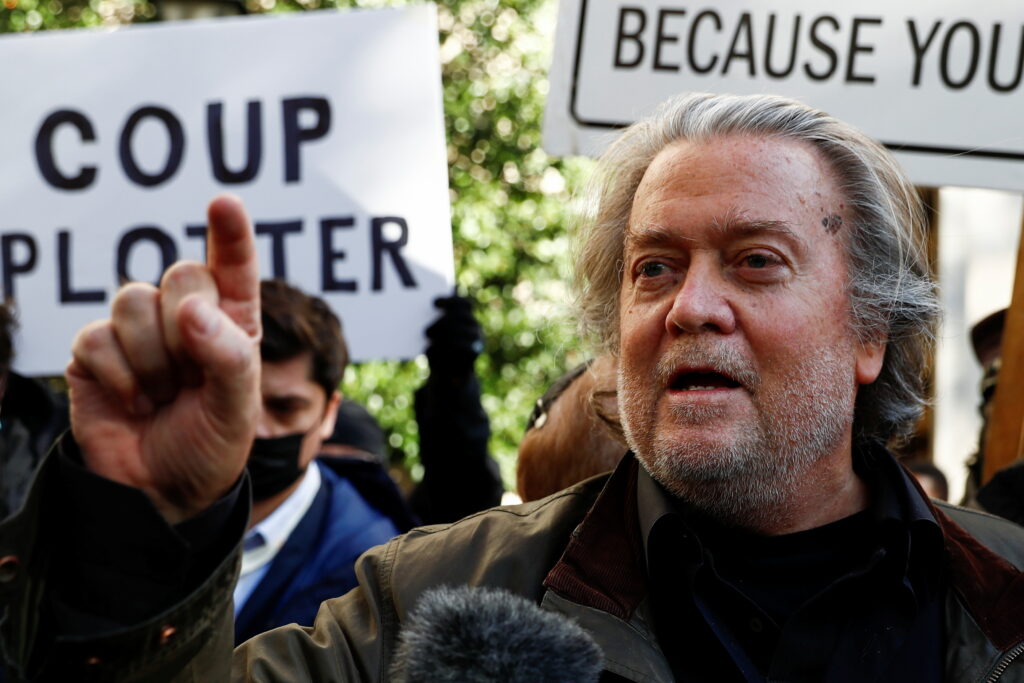 Bannon, who made his initial appearance in federal court on Monday, was indicted last week by a federal grand jury on two counts of contempt of Congress.

Bannon has vowed to fight the congressional subpoena, telling reporters outside the courthouse on Monday that he believes the prosecution is a politically motivated attack against him by President Joe Biden, Attorney General Merrick Garland and House of Representatives Speaker Nancy Pelosi.

He was due to be arraigned in court on Thursday, but agreed to waive his right to a formal reading of the indictment, according to court documents filed on Wednesday.

The U.S. House of Representatives, led by the Democrats, voted on Oct. 21 to hold Bannon in contempt, leaving it up to the Justice Department, headed by Garland, to decide on any charges.

A Republican, Trump has sought to stonewall the House committee and directed his associates not to cooperate, claiming that a former president has a right to keep the requested material confidential under a legal doctrine called executive privilege.

Bannon, a prominent figure in right-wing media circles, was an architect of Trump’s 2016 presidential victory and served as White House chief strategist in 2017.

Contempt of Congress is a misdemeanor punishable by up to one year in prison along with a fine of up to $100,000..