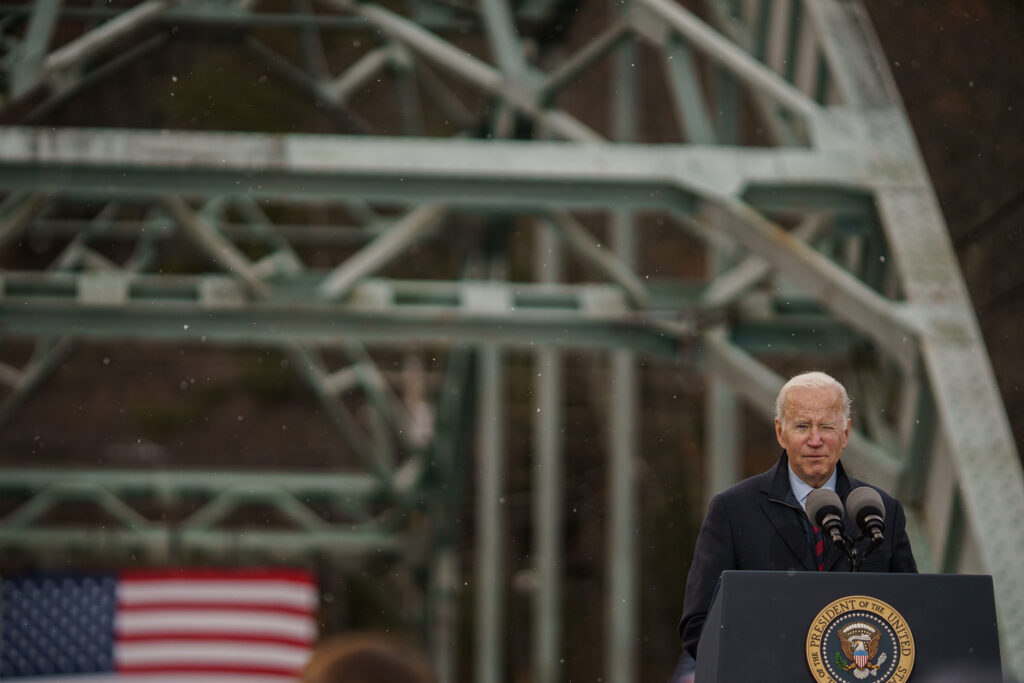 President Joe Biden urged the Federal Trade Commission to probe possible illegal conduct in U.S. gasoline markets, though any inquiry by the agency is unlikely to have an immediate impact on pump prices paid by consumers.

In a letter Wednesday to FTC Chair Lina Khan, the president expressed concern about the difference between pump prices and the cost of wholesale fuel, while citing what he said was “mounting evidence of anti-consumer behavior by oil and gas companies.”

“I do not accept hard-working Americans paying more for gas because of anti-competitive or otherwise potentially illegal conduct,” Biden said in his letter to Khan, calling for an investigation.

The FTC is an independent agency that is not directed by the White House, though Biden selected Khan as its chair and the agency can choose to follow the president’s suggestions. Biden wrote to Khan as Americans are feeling the effects of higher prices across much of the economy, an issue that’s also hurting him politically as his poll numbers continue to sag. The October consumer price index was up 6.2% from a year earlier, with energy costs a major driver. Gas prices were up 49.6% from October 2020.

But his letter is mostly symbolic. It’s not uncommon for state and federal regulators to open investigations of gasoline prices when they soar. Few of those probes translate into real action.

A White House official said the agency could decide to begin an investigation to collect data on how gas companies set prices, as well as data on actual pricing. Biden asked the commission to “further examine what is happening with oil and gas markets, and that you bring all of the commission’s tools to bear if you uncover any wrongdoing.”

The president said in his letter that “prices at the pump have continued to rise, even as refined fuel costs go down and industry profits go up.” He alleged an “unexplained large gap between the price of unfinished gasoline and the average price at the pump” relative to pre-pandemic differences.

Average prices at the U.S. pump have indeed soared to the highest levels in seven years, based on AAA data. But that’s primarily because of a run-up in crude prices as opposed to a disconnect between wholesale and retail gasoline markets. Oil prices account for well over half of the cost of gasoline. And while pump prices have surged 51% this year, oil futures have climbed even more — by 65%.

It’s unclear what unfinished gasoline price Biden was referring to in his letter to the commission, but wholesale gasoline prices in the U.S. Gulf Coast, where much of the nation’s refining occurs, are up nearly 62% this year.

Biden’s message to Khan follows an August letter from White House National Economic Council Director Brian Deese urging that the FTC monitor gasoline markets and address any illegal conduct that might be increasing prices. After that, Khan directed her agency to ramp up its oversight of mergers in the oil and gas sector, a move the White House official said had already slowed the pace of mergers.