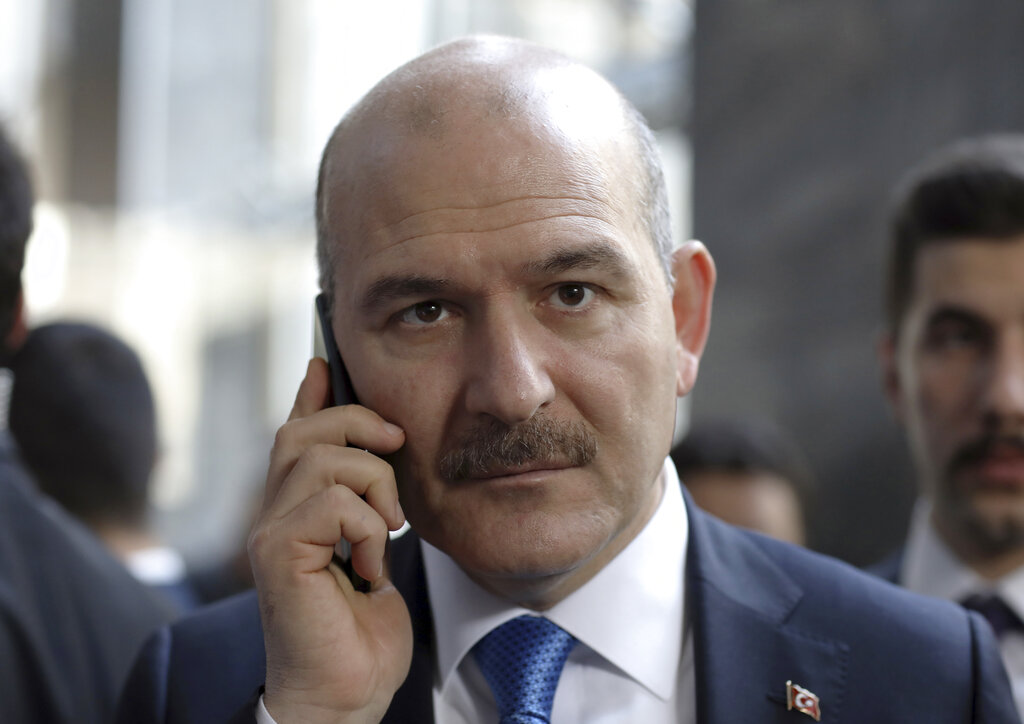 Turkey’s interior minister has claimed that the Israeli couple arrested for taking pictures of a presidential palace in Istanbul were spying, in the first official comment on the matter from Turkish authorities.

Minister Suleyman Soylu said on Tuesday that the Israelis “focused” on Turkish President Recep Tayyip Erdogan’s residence while photographing it and “marked it.”

Prosecutors believe Mordy and Natali Oknin, Egged bus drivers from Modi’in, committed “what can be called diplomatic and military espionage,” but that the court will have to decide, he added, according to Turkish media reports.

Israel has firmly and formally rejected the allegation that the Oknins are Israeli spies.

Turkish media also said that the couple wrote down technical information about the tower which provided the vantage point for the photographs.

Turkish police recommended deporting the Oaknins, and notified Israel of its plans. However, the prosecution has sought to charge the couple, along with a Turkish citizen who was with them, with espionage.

Their attorney, Nir Yaslovitzh, met with Mordy Oaknin in jail. Following the meeting, Yaslovitzh said their appeal would be filed by Friday.

Yaslovitzh said it was thanks to the many efforts of the Prime Minister’s Office, the Foreign Ministry and the local consul that he had been able to meet with Mordy in prison.

Mordy “was very excited to see me, someone, who spoke Hebrew. I gave him strength and explained his situation to him. I explained to him that an entire country is following his story and he wasn’t even aware of what is going on in our country.

“I can say the meeting included quite a few tears, both his and my own. I promised him I would bring him back to Israel, and I intend to do just that,” he said.

Following talks with the Turks, a consular visit with the couple was approved but not yet scheduled despite Israel pressing for that meeting to be held as soon as possible.

Sima Duvdevani, the head of the Foreign Ministry’s department for Israelis overseas, met with the couple’s relatives in Modi’in Monday to update them on recent developments in the case and the steps the ministry intended to take.