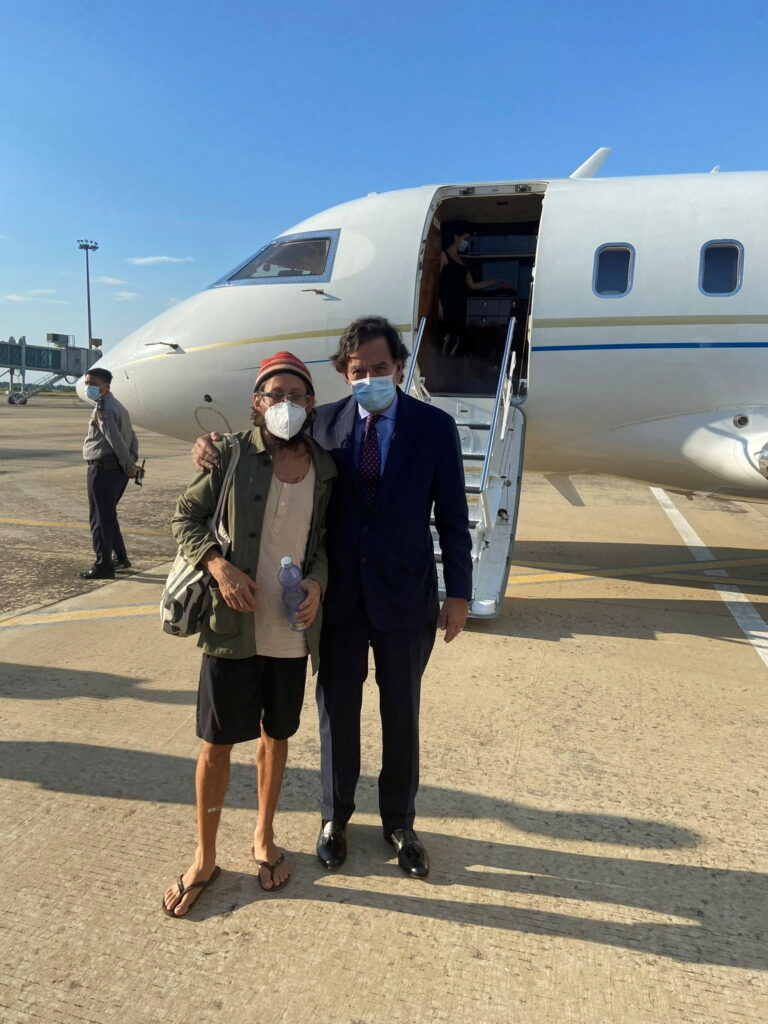 Japan on Tuesday distanced itself from a visit to Myanmar by its special envoy during which, according to military-run media in Myanmar, he played a role in the release from jail of U.S. journalist Danny Fenster.

Fenster, 37, the managing editor of magazine Frontier Myanmar, was freed on Monday, three days after being sentenced to 11 years for incitement and violations of laws on immigration and unlawful assembly.

He had been detained since May, spurring an international campaign for his release that has highlighted the plight of media in the Southeast Asian nation roiled by internal strife since the military takeover in February threw it into chaos.

Myanmar’s military-owned Myawaddy TV said on Monday that Fenster had been granted an amnesty following requests from former U.S. state governor and diplomat with longstanding Myanmar ties Bill Richardson, who has been openly linked with the release effort.

But in a surprise, it is also credited for the release Yohei Sasakawa, the chairman of the Nippon Foundation who doubles as Japan’s special envoy to Myanmar for national reconciliation, as well as former Japanese minister Hideo Watanabe.

Both Sasakawa and Watanabe have for years cultivated close ties to the Myanmar military. Sasakawa met coup leader Min Aung Hlaing over the weekend, but his Nippon Foundation declined to comment on the talks, citing political sensitivity.

Myawaddy TV said Fenster was released in response to requests by Sasakawa, Watanabe and Richardson to “maintain the friendship between the countries and to emphasize humanitarian grounds.”

Japanese foreign minister Yoshimasa Hayashi, asked at a news conference about the reports of Sasakawa’s involvement in the release, said the envoy was on a visit to Myanmar in a personal capacity.

Hayashi said he was aware of Sasakawa’s meeting with Min Aung Hlaing but said the visit “was not carried out in his capacity as the government representative” and his ministry was not involved in arranging it.

“The government has traditionally maintained a level of contact with Mr. Sasakawa, but I would like to refrain from making the details of these communications public,” said Hayashi.

He did not refer to Fenster’s release but said Japan would continue its efforts towards improving and resolving the situation in Myanmar, including considering further humanitarian aid in coordination with international agencies.

The office of Watanabe’s Japan-Myanmar Association declined to comment. In recent years Watanabe has been key to creating a special economic zone close to Myanmar’s main city of Yangon that helped spur Japanese investment.