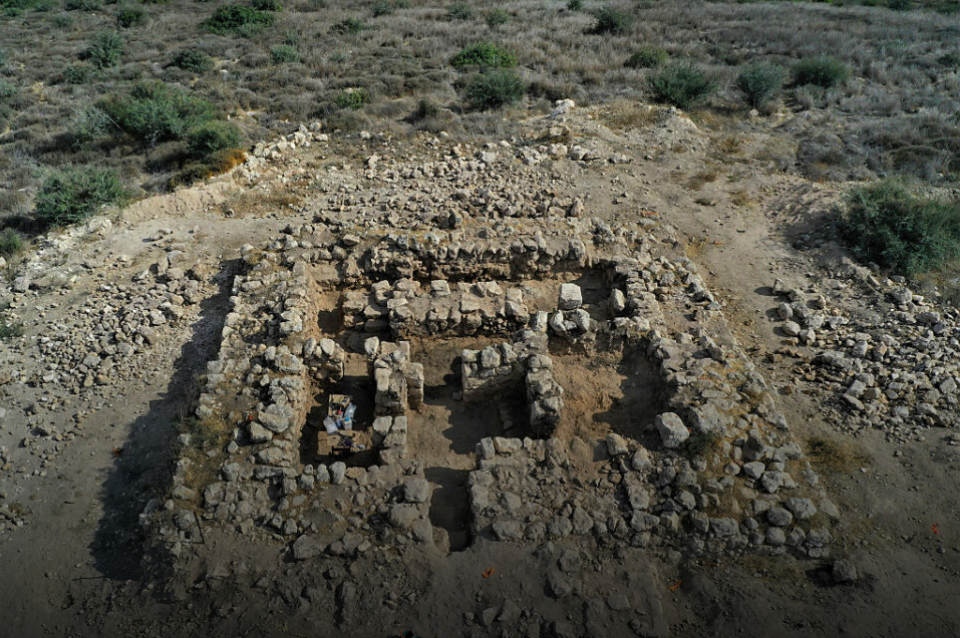 Israel Antiquities Authority has reported an exciting find at a dig in the Lachish Forest. A fortress dating to the Hellenistic Era that the Chashmonaim burned to the ground has been excavated.

Weapons and signs of burned beams indicate that this fortress was the site of a battle between the Chashmonaim and the Hellenists some 2,100 years ago.

Archaeologists Saar Ganor, Vladik Lifshitz, and Ahinoam Montagu, who are directing the excavation, noted that the site exposed “illustrates the story of Chanukah.”

“It looks like we’ve discovered a building that was part of the defenses set up by commanders of the Hellenistic army to defend the large Hellenistic city Marsha from a Hasmonean assault. But according to the findings in the field, the Seleucid defense was unsuccessful. The building we found had been mostly burned and destroyed by the Hasmoneans,” they said.

The fortress was built on a hilltop that controlled the main road that led through the Lachish ravine, which in ancient times connected the coastal plain to the central ridge of hills.