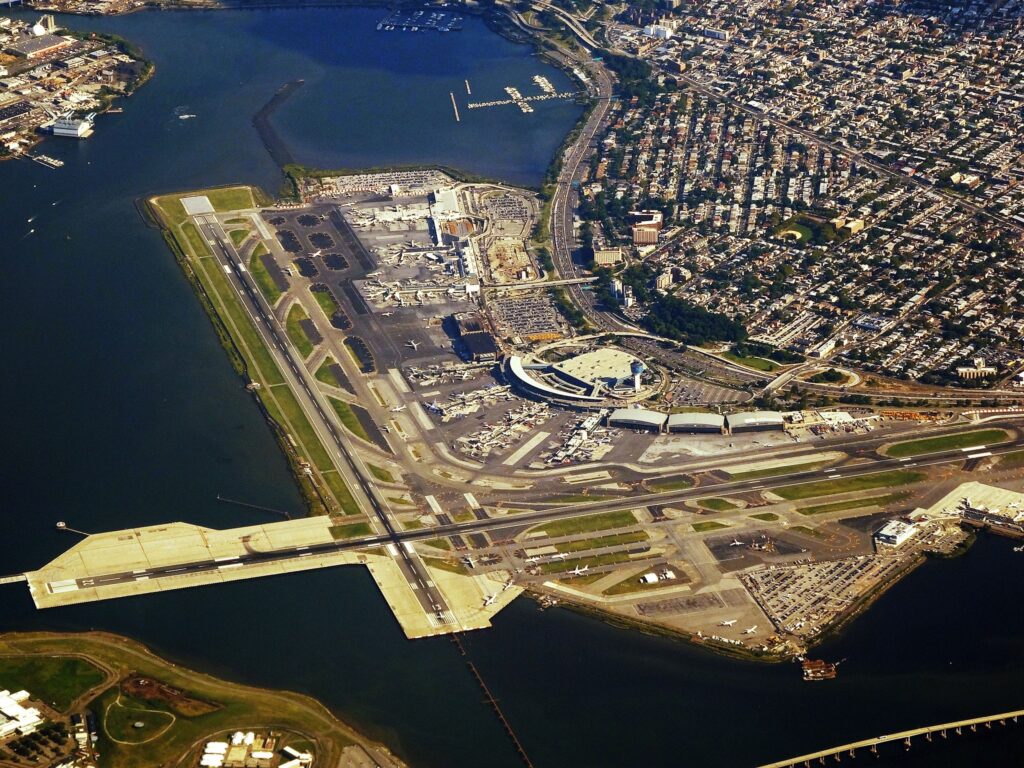 A new effort to find a mass-transit solution for LaGuardia Airport after a rail link was scrapped recently over a lawsuit and criticism from public officials will look at options including ferry service, a subway extension and dedicated bus lanes.

The Port Authority of New York and New Jersey, which operates the airport, announced Tuesday it has commissioned a panel to review alternatives for LaGuardia, one of the few major airports in the country without a rail link.

Tom Wright, president and CEO of the Regional Plan Association, a New York-based think tank, called the formation of the panel “the right move at a critical time for our region.”

A 1.5-mile elevated railway linking the airport to a rail station near CitiField in Queens and estimated to cost $2 billion was given environmental approved by federal regulators in July, but the plan prompted criticism from Gov. Kathy Hochul and other officials, as well as a lawsuit from an environmental group.

Critics said the rail link would harm the Queens neighborhoods it traverses and wouldn’t be appreciably faster than driving, since it would involve taking a train or subway from points east or west and then switching to the rail link.

The lawsuit filed in September by Riverkeeper Inc. and community groups alleged the project was pushed through too fast by former Gov. Andrew Cuomo and the Port Authority and used arbitrary screening criteria to exclude numerous worthy alternatives to the rail link.

Before settling on the rail link as the preferred alternative, the Port Authority had reviewed dozens of options. These ran the gamut from diverting air traffic to other airports, to using helicopters, ferries, expanded bus routes, an elevated busway or extending any of three existing subway lines.

The challenge of extending subways to the airport from points in Queens — an option mentioned often by critics of the rail link — was detailed in a report the Port Authority submitted to the FAA early last year.

Subway lines could start aboveground but would have to go underground,

potentially affecting major utilities, as they approach the airport to avoid coming too close to a buffer zone around one of the airport’s runways. The cost of extending any of the three subway lines was estimated at $2.5 billion to more than $4 billion.

Mike Dulong, an attorney for Riverkeeper Inc., said if the new alternative selected by the Port Authority is substantially different from the rail link, it will require a new environmental approval process. Those can take 18 months or more.