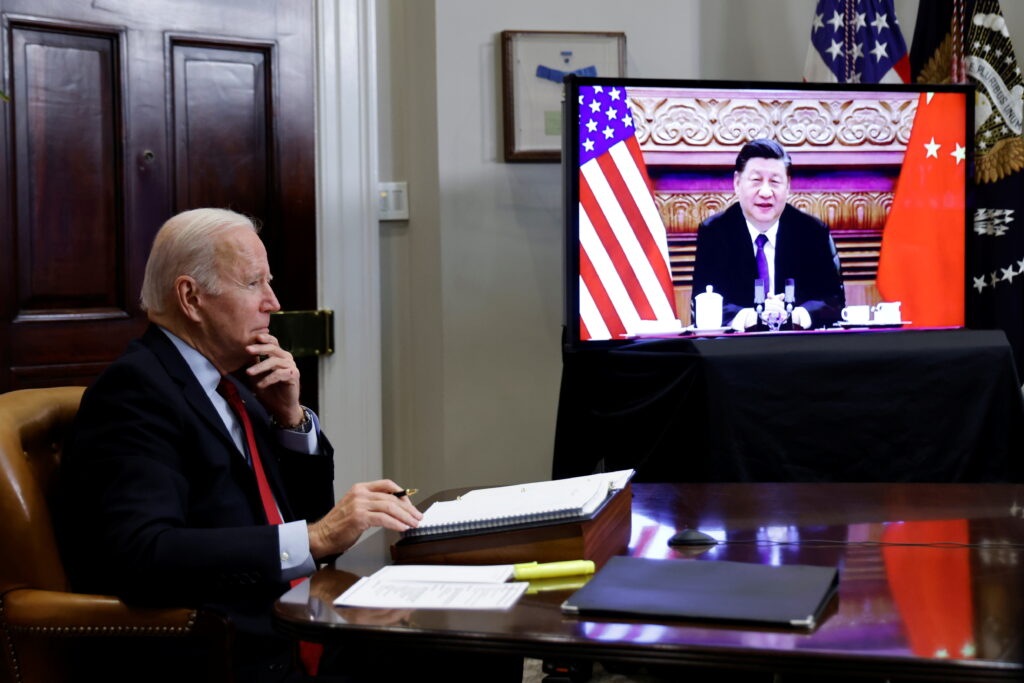 U.S. President Joe Biden and his Chinese counterpart Xi Jinping talked about China’s practices in Tibet, Hong Kong and Xinjiang, among other areas of friction, the White House said in a statement, after the two held over three hours of virtual talks.

He also told Xi that the U.S. remains committed to the ‘One China’ policy related to Taiwan, the White House said, and the two pledged to work together on energy and climate issues.

China claims self-ruled Taiwan as its own. Beijing has vowed to bring the island under Chinese control, by force if necessary.

The two leaders stressed their responsibility to the world to avoid conflict.

“It seems to me our responsibility as leaders of China and the United States is to ensure that our competition between our countries does not veer into conflict, whether intended or unintended,” Biden said at the start of the talks.

Speaking through an interpreter, Xi said: “As the world’s two largest economies and the permanent members of the U.N. Security Council, China and the United States need to increase communication and cooperation.”