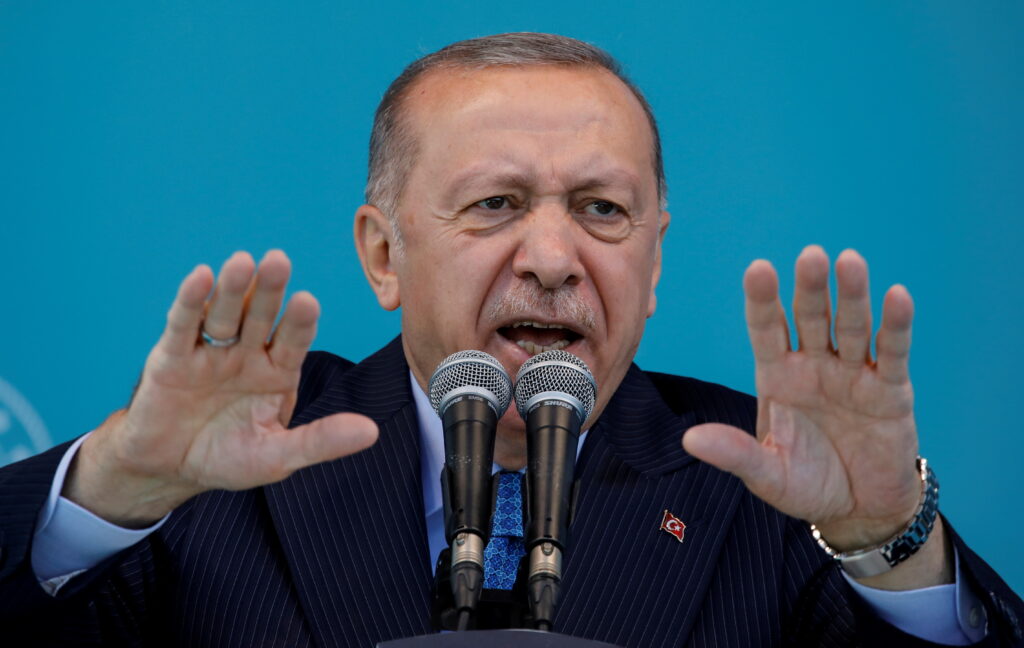 “The efforts to release the couple continues at all levels,” the Foreign Ministry stated.

The authorities in Turkey have yet to respond to Israel’s request over the weekend for an urgent consular visit to the couple, which Israel has said has no ties to any security agencies.

Prime Minister Naftali Bennett said on Sunday that the Oaknins are “two innocent citizens who accidentally ended up in a complex situation.”

The Oaknins, Egged bus drivers who live in Modi’in, took the photo of Erdogan’s palace while in the Camilca Tower, a media tower that opened earlier this year and is the tallest in Europe. A waitress heard them talking about it and reported them to the police.

Turkish police recommended deporting the Oaknins, and notified Israel of its plans. However, the prosecution asked to charge the couple and a Turkish citizen who was with them with espionage.

The move toward spying charges against the Oaknins raised concerns that Erdogan’s government could use the case to help him politically, but that theory grew less plausible after the matter was dropped from the headlines in Turkey after a few days.

Although the Turkish press is paying only scant attention to the story, the Erdogan government’s history of politically motivated detentions has raised concerns in Israel and elsewhere that the couple could be detained in Turkey for a long period of time, perhaps even years.

“Considering the history of the Erdogan government, which throughout the years has held dozens of citizens of Western countries under false allegations, with the aim of using them as bargaining chips against their governments, the Israeli couple could also become a victim of Turkey’s politicized legal system,” said Dr. Aykan Erdemir, a senior fellow at the Foundation for Defense of Democracies who served in the Grand National Assembly of Turkey between 2011 and 2015 as a representative from the pro-secular Republican People’s Party.

According to Erdemir, “If Ankara is again pursuing a policy of hostage diplomacy, it won’t only harm Israeli-Turkish relations, rather the entire tourism industry in Turkey. The idea that taking photographs of tourist attractions could lead to tourists being put behind bars is frightening for any potential visitor to Turkey.”

Turkey and Israel technically maintain diplomatic relations, but they have been strained for most of the past decade since the Erdogan-linked IHH (Humanitarian Relief Foundation) sent the Mavi Marmara ship to bust the IDF’s naval blockade on Gaza, arming some of the people aboard. IDF naval commandos stopped the ship, killing nine activists.

Erdogan has not publicly commented on the affair and his government has yet to make any demands for the couple’s release, but on the other hand, details on the investigation or the reason for the decision to extend the Oaknins’ remand have been scarce.

Several Israeli outlets cited sources as saying that the Turkish security establishment was wary of Israelis at this time, given the recent exposure of an alleged Mossad spy ring operating in the country.

Perhaps within that context, Israel’s Channel 13 correspondent Ali Mograbi on Sunday was also detained by Turkish security personnel and asked to stop filming as he covered the story.

Local police asked Mograbi for his journalist’s certificate and even ordered him to delete the materials he had photographed.

After he was questioned, Mograbi was released to his hotel and ordered not to leave it.