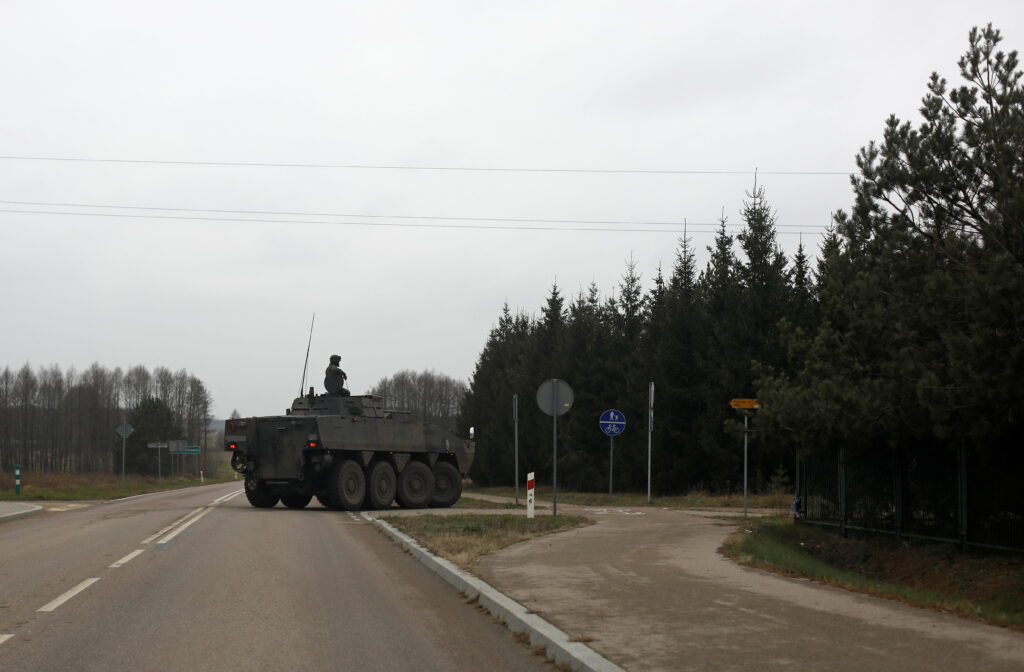 The European Union will toughen sanctions on Belarus on Monday and may extend them to include airlines and others involved in transporting migrants, the EU’s top diplomat said, as the migrant crisis on the Polish border intensifies.

Ahead of an EU foreign ministers’ meeting, Germany’s Heiko Maas said airlines could be told to stop transporting migrants to Minsk or face being banned from landing in Europe, warning: “We are nowhere near the end of the sanctions spiral.”

Europe accuses Belarus of mounting “a hybrid attack” by flying in migrants from countries like Syria and Afghanistan and pushing them to cross illegally into EU member Poland. Belarus has repeatedly denied the accusation.

On Monday morning, Polish border guards warned migrants on the other side of the border over loudspeakers that force could be used against them if they disobey orders, after Poland and Lithuania reported they stopped over 100 people each attempting to enter on Sunday.

Arriving at the meeting in Brussels, EU foreign policy chief Josep Borrell told reporters the ministers would approve further sanctions on Minsk on Monday. The EU might also seek to broaden them to include airlines, travel agents and other people involved in transporting migrants to Belarus.

Borrell said he had told the Belarusian foreign minister over the weekend that the situation on the border was completely unacceptable and that humanitarian help was needed.

Belarusian President Alexander Lukashenko was quoted as saying on Monday that Minsk would retaliate against any new sanctions imposed on it by the West.

State news agency Belta also quoted him as saying that Belarus is trying to persuade migrants living in camps near its western border to return home, but without success.

Thousands of migrants have traveled to Belarus in the hope of crossing into the European Union, only to find themselves trapped on the wooded border in bitter winter conditions.

They moved towards the Polish frontier last Monday, setting up a camp there and, in groups, attempting to enter Poland and nearby Lithuania numerous times.

Poland said it had arrested four foreigners on Sunday attempting to transport 33 migrants out of the country.

EU members Lithuania, Latvia and Estonia have warned the standoff could escalate into a military conflict. Their presidents will meet in Vilnius on Monday to discuss the crisis, and will speak to Polish President Andrzej Duda by video link.

Belarusian state-owned carrier Belavia said in a notice that the United Arab Emirates had barred Afghan, Syrian, Yemeni and Iraqi citizens from flights to Minsk on Monday.

Arriving in Brussels, Lithuanian Foreign Minister Gabrielius Landsbergis said the EU might help with repatriations from Belarus back to the Middle East. He called for all Belarusian airports to be off-limits for airlines potentially carrying would-be migrants, adding: “We need to make Minsk airport a no-fly zone.”