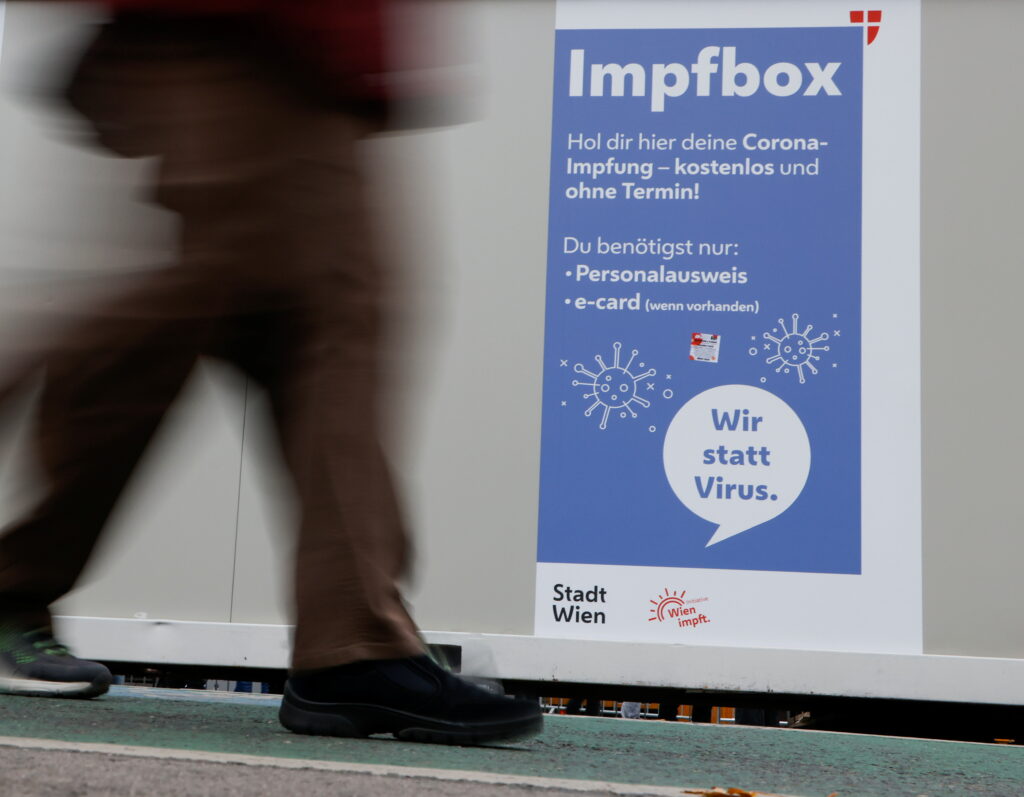 Austria entered a lockdown for people not vaccinated against the coronavirus on Monday, with reinforced police checks to ensure compliance, though city streets appeared as busy as usual.

The conservative-led government says that around two million people in the country of roughly nine million are now only allowed to leave their homes for a limited number of reasons like traveling to work or shopping for essentials.

The aim is to counter a surge in infections to record levels fueled by a full vaccination rate of only around 65% of the population, one of the lowest in western Europe.

Austria is among the hardest-hit by Europe’s fourth wave of infections that has led governments to consider reintroducing lockdowns.

“My aim is very clear: to get the unvaccinated to get vaccinated, not to lock up the unvaccinated,” Chancellor Alexander Schallenberg told ORF radio as he explained the lockdown, which was announced on Sunday.

Many Austrians are skeptical about vaccines, a view encouraged by the far-right Freedom Party, the third-biggest in Parliament, which is planning a protest against the government’s coronavirus policies on Saturday.

There has been an uptick in first vaccinations since the unvaccinated were barred from places including restaurants, cafes, theatres and ski lifts last week.

Police are conducting extra checks and Interior Minister Karl Nehammer said on Sunday they would check the vaccination status of all members of the public they interact with.

There are widespread doubts including among Schallenberg’s conservatives and the police about whether this lockdown can be properly enforced.

It can be hard to verify, for example, whether an unvaccinated person is on their way to work, which is allowed, or going to shop for non-essential items, which is not.