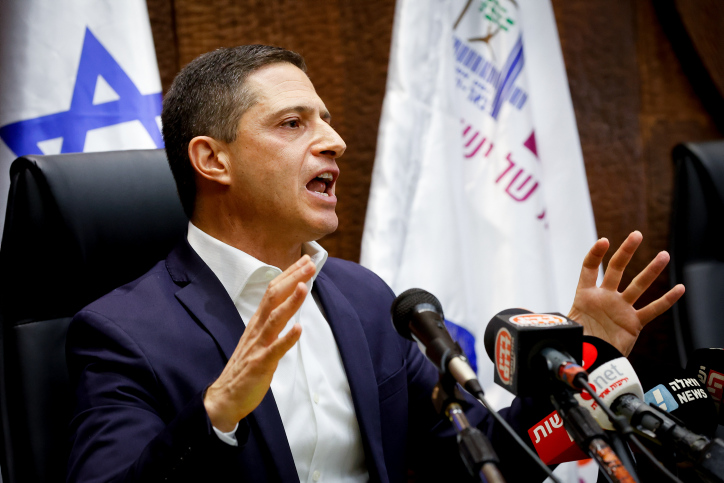 The mayor of Be’er Sheva on Monday called the escalating crime wave in the country a “national emergency” after a massive, armed brawl erupted outside his main hospital, shocking the local residents and officials.

Mayor Rubik Danilovich in a special press conference called the rising crime rate in southern Israel a “crisis” and “a real war on democracy.”

Four people were hurt and 20 arrested Sunday evening in the brawl between two families that broke out outside Soroka Medical Center, with gunshots reportedly ringing through the air.

The initial scuffle was sparked when two families from the Bedouin city of Rahat that have been locked in a years-long dispute both arrived at the hospital to tend to ailing relatives at the same time.

“This is civil terrorism that is slowly beginning to take over the state,” Danilovich said. “Murder cases have become routine and no one is waking up. Someone has to come and talk to the Israeli public, they are losing their sense of personal security.”

He added that he’s aware that Police Commissioner Kobi Shabtai spoke to the hospital’s management but expected senior officials to personally visit the scene of the brawl.

“I expected the Prime Minister [Naftali Bennett] and Public Security Minister Omer Barlev to be here this morning. What happened yesterday was the State of Israel’s loss of control. The leaders of the state had to be here to send a clear message. Because at any moment another red line maybe crossed.”

The mayor also called to involve the Shin Bet in the fight against the crime wave, as has already been proposed by the government, saying it will spread throughout the country if not dealt with soon enough.