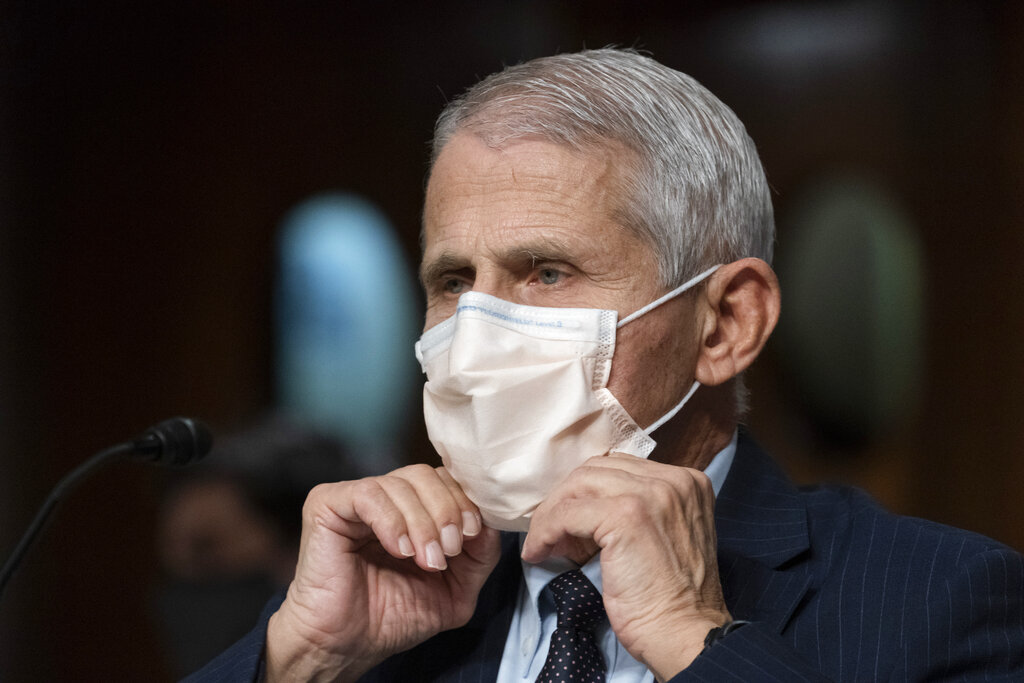 Masks used to be something for bank robbers and surgeons. Or for the terrified general population in times of plague.

That may not be true much longer.

In spite of the arrival of anti-COVID vaccines and official declarations that the vaccinated need not wear masks, masking persists. In fact, there are indications that wearing masks will continue even well after, b’ezras Hashem, the coronavirus pandemic has retreated into history.

On May 13 of this year, President Joe Biden hailed it as a “great day for America” as U.S. officials said vaccinated people can go maskless in most indoor and outdoor settings. The President himself — a noted mask-wearer and stay-at-home campaigner — went maskless in the Oval Office to dramatize the news.

More recently, however, health officials have been letting on that the “great day” may not have been so great after all.

As CDC director Rochelle Walensky said in a Nov. 5 tweet, in which she advocated continued mask-wearing, she claimed that masks reduce your chance of infection by more than 80% (without differentiating the vaccinated from the unvaccinated), a scientifically dubious statement.

Aha! (or Achoo!) A bona fide reason to keep masks on.

Even back in May, Anthony Fauci, director of the National Institute of Allergy and Infectious Disease, told NBC News that it’s conceivable that “people might actually elect to wear masks to diminish the likelihood that [they’ll] spread these respiratory borne diseases,” referring to influenza or the common cold.

It’s not far-fetched. Other countries have gone in for it. In the 2000s, mask wearing became common through much of Asia to protect against the coronaviruses SARS and MERS.

Philippine motorcycle riders today wear masks to protect against exhaust fumes in heavy traffic. In Taiwan, people wear them to keep their faces warm in the winter and offer a sense of protection from air pollution, reports the Voice of America.

Recent polling shows that many Americans are persuaded of it. A national poll conducted for the Washington Post found that nearly 70% of respondents plan to wear masks whenever they’re sick, and more than 40% say they will do so in crowded spaces all the time.

That’s not so surprising, given that the virus and fear of infection persist in the U.S. and abroad. Once the pandemic is over, though, those statistics should fall sharply.

There are compelling reasons to discard masks as the coronavirus wanes, even at the risk of seasonal illness and discomfort.

For example, some people feel that they are suffocating while wearing a mask. In Australia, where masking has been enforced in public spaces, people with breathing problems were exempted.

For people with autism, post-traumatic stress disorder or claustrophobia, mouth coverings can cause acute anxiety; for the hearing-impaired who use lipreading, masks cut them off from others.

Going to school with a mask on is better than Zoom, but it’s hardly optimal. Masks distract children from learning and interfere with the normal interaction between teacher and student when faces are covered up.

And masks themselves can be vectors for pathogens if they become moist or are reused too many times.

Richard Malley, an infectious diseases physician at Boston Children’s Hospital, told Time magazine that year-round masking could have a boomerang effect: He explained that “continuous mask-wearing reduced exposure to routine pathogens enough that some kids were not exposed to common viruses or bacteria until later in life. For certain diseases that strike kids harder than adults, that delay could be beneficial, even lifesaving. But it could also alter the way kids naturally build immunity to certain pathogens over time.

“In the case of coronavirus, because of the impact this virus has had on our society, it goes without saying that social distancing and masking measures are absolutely the way to go. But for the long term, that’s a much more difficult question,” he said.

Arguably, though, the most compelling reason for discarding masks — at least for those who have no special exemption — is normality. People have a legitimate desire to return to normal life once it’s reasonably safe to do so. They don’t want mask-wearing to become the norm, no matter what they do in Taiwan and the Philippines. Or, for that matter, in the corridors of the CDC.

They don’t want government officials to impose on their lives any more than necessary. In times of war or health emergencies, there is a general recognition, enshrined in law that, for the public safety, certain precautions can be enforced. But emergency, by definition, is a temporary state, to be lifted as soon as possible. Permanent states of emergency are the stuff of dictatorships.

In the long run, wearing a mask should be a matter of personal choice. Without government “mandates” — also known as coercion — or the nannyistic harping of health officials.

Masking should end when the COVID danger ends.