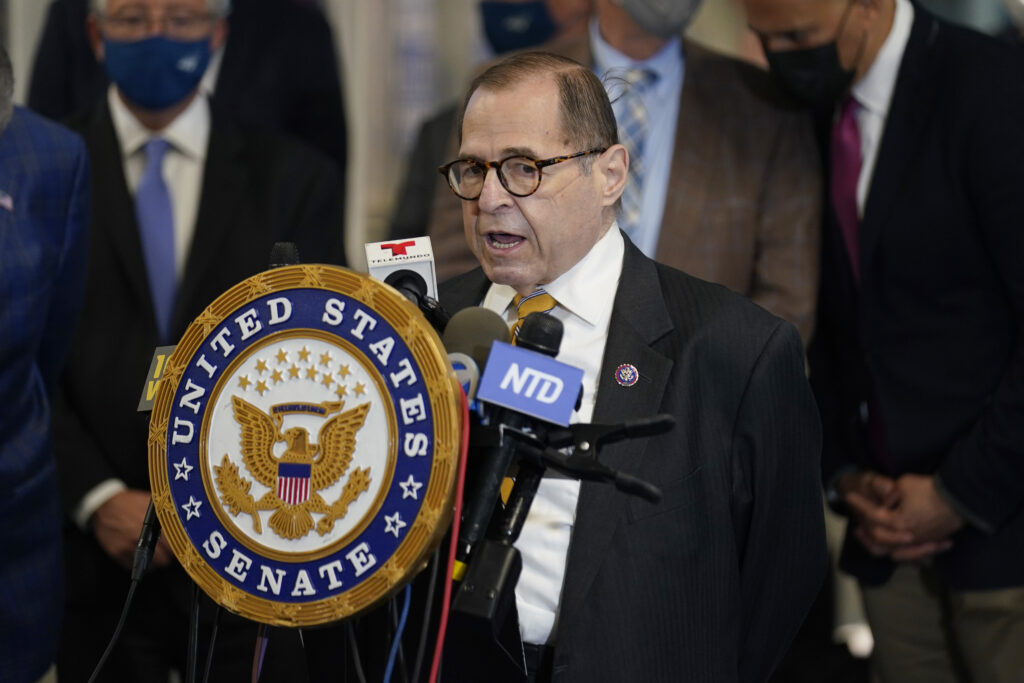 Representative Jerry Nadler has denied reports that he is considering retirement.

In a tweet with a smiley face emoji, Nadler wrote, “I am running for re-election and the [New York Post] knows it,” referring to the paper that first printed news that the Democrat was considering retiring. He also called the story “poorly sourced, fact-free nonsense!”

The Post reported that Nadler has not yet committed for running in 2022, with associates telling the paper he anticipates the Democrats will lose the House and he will be consigned to the minority for the foreseeable future.

Democratic consultant Hank Sheinkopf told Hamodia, “Anything’s possible. Nadler’s getting close to [his] mid 70s. He served for a long time, both in the Assembly and Congress, and he may just feel like he’s had enough. It’s not likely that the Democrats control Congress next year. Sometime its best to retire when you’re considered the top of your game.”

Nadler, who is 74, has been plagued with ill-health in the family. In 2019, he collapsed during a press conference, and in 2020, he missed sessions in Congress to be with his wife Joyce, who was undergoing chemotherapy.

Sheinkopf told Hamodia that even if Nadler were to run, “It will be harder for him to win convincingly. He’s not done as well as expected with a challenger in frum areas.”

Stringer’s office did not respond to a request for comment.

Sheinkopf said, “Stringer and Congressman Nadler have been close politically, professionally and personally for two generations. He would be a perfect choice for those reasons to be Nadler’s suggested successor. The only issue is, does Congressman Nalder still have the capacity to make that happen?”

Either way, Sheinkopf said, the upcoming election is an opportunity to the frum community to to have “a deep impact if they’re united.” He warned that the “frum community’s problem if it continues to register and vote Republican, it will have no bearing on elected outcomes.”

He suggested that the frum community could find a strong candidate in someone who focused on “localized issues” such as safety and clean streets as well as specific Jewish causes.

“You have to have somebody who can touch enough bases to not offend any of the communities [and say] I support Israel and don’t want these streets to be filty..to stand up communities and not allow homeless in our streets,” he elaborated.