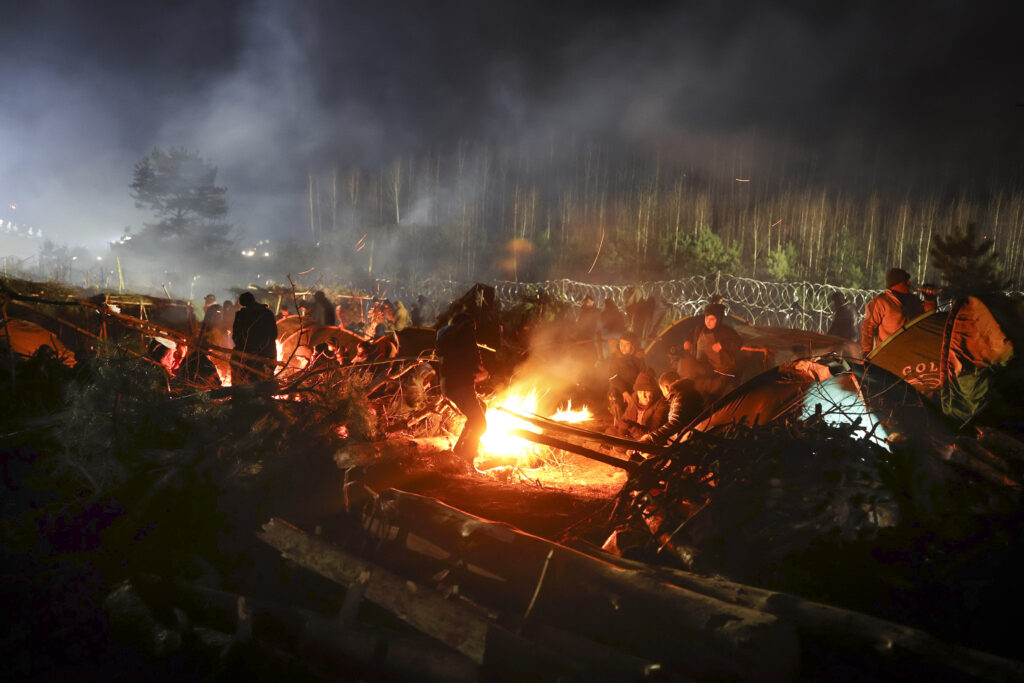 Poland, Lithuania and Latvia are considering asking NATO to hold emergency talks as they struggle to manage a tense migration standoff on their borders with Belarus, the Polish prime minister said Sunday.

Prime Minister Mateusz Morawiecki said he and his counterparts for the two Baltic states are discussing whether to ask for such talks under Article 4 of the NATO treaty, which allows any ally to request consultations if it feels its territorial integrity, political independence or security is threatened.

Still, it’s a step that has only been taken a few times in the history of the Western alliance.

The authoritarian Belarusian regime in Minsk has for months been orchestrating a flow of migrants across its border into the three European Union nations, which form the eastern flank of both the EU and NATO. They have been reinforcing their borders, seeking to block the newly opened migration route.

The situation has been going on for months, but suddenly grew more tense as a large group of migrants appeared on Poland’s border nearly a week ago.

In an interview with the state news agency PAP, Morawiecki vowed that Poland’s border with Belarus “will be an effective and final barrier” to actions by Belarusian President Alexander Lukashenko.

“There is no doubt that things have gone too far,” Morawiecki said.

The EU accuses Lukashenko of encouraging the migrants from the Mideast to breech the borders in retaliation for sanctions on his repressive rule.

Belarus denies the allegations, but warned last summer that it will no longer stop migrants and refugees seeking to enter the 27-nation EU.

Many migrants are now stuck in makeshift camps in freezing weather as Poland has reinforced its border with 15,000 soldiers in addition to border guards and police. Most are fleeing conflict, poverty or hopelessness in Syria and Iraq and hope to reach Germany or elsewhere in western Europe.

In a separate incident earlier, about 50 migrants broke through a border barrier by force near a different border village, Starzyna, police reported. On Saturday Poland also reported that Belarusian forces were using a vehicle to try to dismantle a border fence and were using lasers to blind Polish forces.

The reported incidents at the border are all but impossible to verify. Independent journalists face limits in Belarus and a state of emergency in Poland’s border zone prevents media from entering the area.

Poland’s Border Guard agency said it has recorded over 33,000 illegal attempts to cross its border from Belarus so far this year, up from 120 last year. Polish forces generally push people back across the border. Yet German authorities say that they have recorded more than 9,000 arrivals of migrants who have come through Belarus, apparently through Poland.

Polish police have also been detaining suspected human traffickers, with two citizens of Georgia, one Pole and one Syrian detained Saturday.

Poland’s Interior Ministry is seeking to dispel rumors among migrants that Poland has agreed to let them go by bus to Germany. The government is sending alerts in English to peoples’ phones in the border area saying: “It’s a total lie and nonsense! Poland will continue to protect its border with Belarus.”