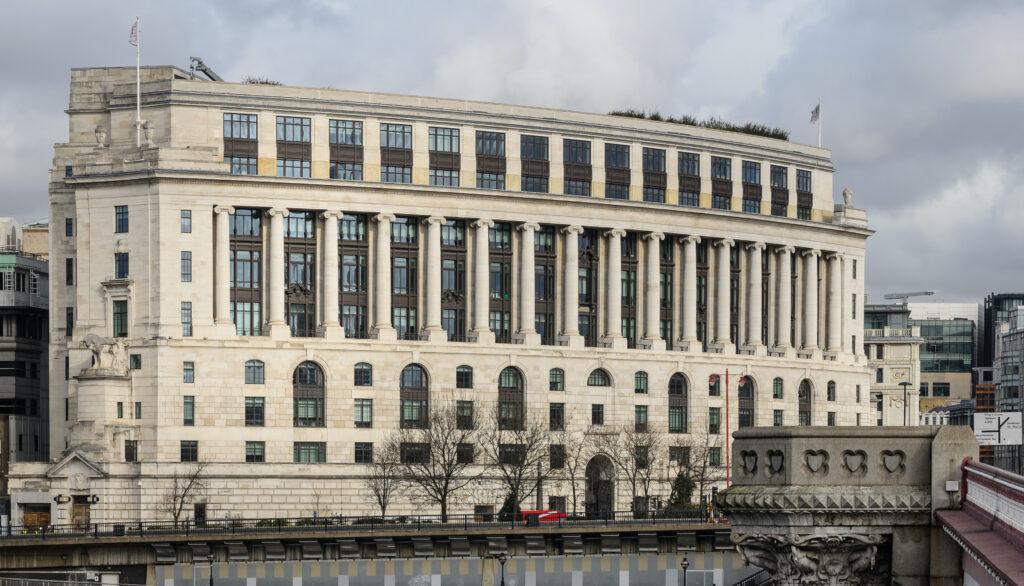 The New York State government has warned Unilever it is subject to divestment, after the multinational conglomerate’s ice cream subsidiary Ben & Jerry’s announced it would stop selling its products in what it deemed “occupied Palestinian territory.”

The State Office of General Services (OGS) “has determined, through the use of publicly available information, that Unilever PLC, through its subsidiary Ben & Jerry’s Homemade, Inc., appears to have engaged in boycott, divestment, or sanctions activity targeting Israel that may require Unilever PLC to be included on a list of companies or institutions that affected State entities are required to divest from,” Bradley Allen, OGS Deputy Commissioner and Counsel, wrote in separate letters Friday to Unilever and Ben & Jerry’s. News of the letters was first reported by The Forward.

State Executive Order 157, signed by former Gov. Andrew Cuomo in 2016 and continued by current Gov. Kathy Hochul, requires OGS to develop a list of companies and institutions that participate in the anti-Israel Boycott, Divestment and Sanctions (BDS) movement, “either directly or through a parent or subsidiary.” Prior to placing a company on the list, OGS must give the entity 90 days’ notice, during which the company can provide evidence that they have in fact not engaged in BDS.

If the entity is determined to have indeed engaged in BDS and is placed on the list, the executive order requires “All Affected State Entities … to divest their money and assets from any investment” in the institution or company, and that “No money or assets shall be invested by any Affected State Entity in the future” in the institution or company.

Ben & Jerry’s announced July 19 that when its agreement with its Israeli licensee expires at the end of next year, it will stop selling products in Yehudah, Shomron and eastern Yerushalayim. Unilever at the time said it remains “fully committed to our presence in Israel,” but that when it had acquired Ben & Jerry’s in 2000, “as part of the acquisition agreement, we have always recognised the right of the brand and its independent Board to take decisions about its social mission.”

The New York State Common Retirement Fund under control of Comptroller Tom DiNapoli, which also has a policy to divest from BDS participants, put Unilever on its own 90 day’s notice just days after the Ben & Jerry’s announcement. In response, Unilever sent a letter reiterating its “strong and longstanding commitment to our business in Israel,” and that it doesn’t support BDS, but that the Ben & Jerry’s issue “is a complex matter” because the ice cream brand had retained the right to engage in social activism. Late last month, DiNapoli announced the Retirement Fund would divest its $111 million in Unilever securities, joining Arizona, New Jersey, Florida and Texas in divesting from the conglomerate.

OGS is the government office, under control of the governor, that takes care of state financial services including procurement and contracting for state and local governments, managing the state’s real-estate interests, and disposing or transferring the state’s surplus property program. OGS currently has 11 entities on its list of those engaging in BDS.

“The BDS movement is antisemitic, plain and simple,” Assemblyman Daniel Rosenthal told Hamodia following news of the OGS letters. “New York State is doing the right thing in refusing to invest in any company that engages in antisemitism.”

If OGS does place Ben & Jerry’s and/or Unilever on its list of BDS participants, it is not clear what practical effect it will have. The letters, as well as the executive order on which they are based, speak only of “investment.” It is unclear what investments, if any, OGS has in Unilever or Ben & Jerry’s. A Hochul spokesperson told Hamodia, “This action would prohibit future investments, and we are looking into where current investments may be present.”

State Assemblyman Simcha Eichenstein is calling on Hochul to go further, and ban OGS from entering into any contracts with Unilever.

“Governor Hochul has proven that she recognizes BDS as nothing more than a smokescreen for an antisemitic movement,” Eichenstein told Hamodia. “State Comptroller Tom Dinapoli has already taken action by divesting over $100 million in state pension funds, and I’m hopeful the Governor and OGS will no longer do business with any company participating in the hateful BDS movement.”

“Today, I had a productive meeting with Unilever CEO Alan Jope to discuss Ben & Jerry’s decision to stop sales of its product in the West Bank,” Stringer said in a statement Thursday. “As investment advisor to the New York City pension funds, I underscored the potential for risk that this decision creates for shareholders — and as a Jew, I reiterated my opposition to BDS actions. Mr. Jope affirmed Unilever’s full commitment to Israel and the company’s opposition to BDS activity. Ben & Jerry’s current licensing agreement will expire in December 2022 and discussions will continue in the interim. I will continue engaging and monitoring this situation for any impact on the retirement security of our pensioners.”

Stringer had been silent on the Ben & Jerry’s issue until a week ago, despite requests from media and elected officials to take a stand. He finally broke his silence by tweeting last Sunday  in response to a critical article in the New York Post, and then gave a brief interview Tuesday to a Hamodia reporter who confronted him on the street at a political event.

Stringer’s term ends in January; Israel supporters are anxious for him to take action before he leaves office. Brad Lander, the city Comptroller-elect, has praised Ben & Jerry’s announcement. “Companies that decide not to operate in the settlements do not pose a risk to New York’s pension funds,” Lander said in July. “If anything, continuation of the occupation poses grave ongoing risks to Palestinians, Israelis, and to those who care about them.” Lander also criticized those who divest in from Unilever, saying, “Actions that erase the distinction between Israel and its settlements in occupied territory are effectively endorsing annexation and today’s unjust one-state status quo.”

“I am pleased that New York State Gov. Hochul and Comptroller DiNapoli stand strong in opposition to the dangerous BDS movement. We must take these necessary actions against companies and conglomerates that support the hate and bigotry that BDS promulgates, as antisemitism is allowed to fester across the globe again,” Felder told Hamodia. “New York City Comptroller Scott Stringer also claims to oppose BDS, but thus far his opposition has been limited to issuing statements. As his tenure ticks to a close, New Yorkers are waiting anxiously for him to back up his words with action. If Stringer chooses to run out the clock, his legacy will be trying to placate both sides while doing nothing.”

New York City Mayor Bill de Blasio, whose term also ends in January, has expressed opposition to BDS, but indicted that he won’t push the city pension funds to divest its Unilever holdings if Unilever will “invest in Israel” as a means of demonstrating its opposition to BDS.

Below is the letter sent by OGS to Unilever:

Below is the letter sent by OGS to Ben & Jerry’s:

Below is New York State Executive Order No. 157: