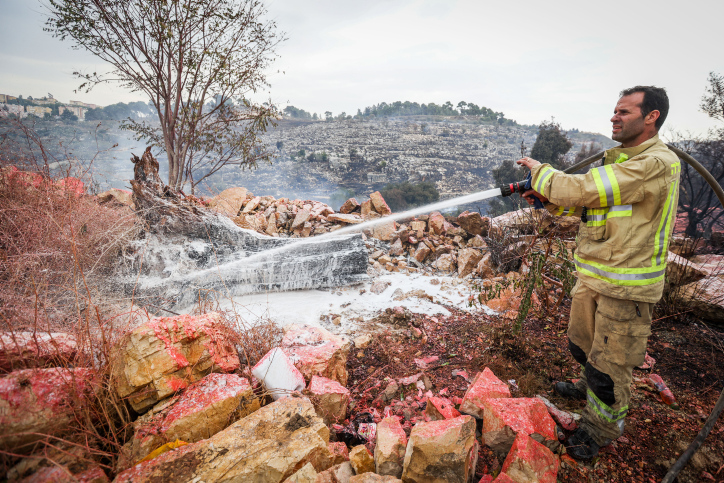 A fire broke out early Sunday in a forest near the northern city of Ma’alot-Tarshicha, forcing authorities to evacuate some 100 homes near the blaze.

Some 15 firefighting teams and six planes arrived at the scene to fight the flames.

No one has been reported injured, b’chasdei Shamayim, but a vehicle and some stores were damaged.

A command center was set up, with representatives from the police, fire and rescue service, Ma’alot Tarshicha municipality and MDA. Authorities managed to get the flames under control.

As the weather continues to be hot and dry, wildfires broke out across Israel over the weekend.

On Friday evening, all residents of the village Gita, in the Galilee region of northern Israel – 75 households – were evacuated as a large forest fire posed a real danger to the community.

There were no reports of injuries, although six homes were damaged.

On Shabbos afternoon, close to the central village Zeitan, families were also evacuated after a fire broke out.

No injuries or damages were reported.

Authorities suspect both blazes were caused by arson.

Thirty firefighting teams were dispatched across northern and central Israel to battle the fires from the ground and air.

Another fire broke out Saturday morning close to the West Bank settlement of Har Adar, as well as a fire near the central city of Rosh Ha’ayin.