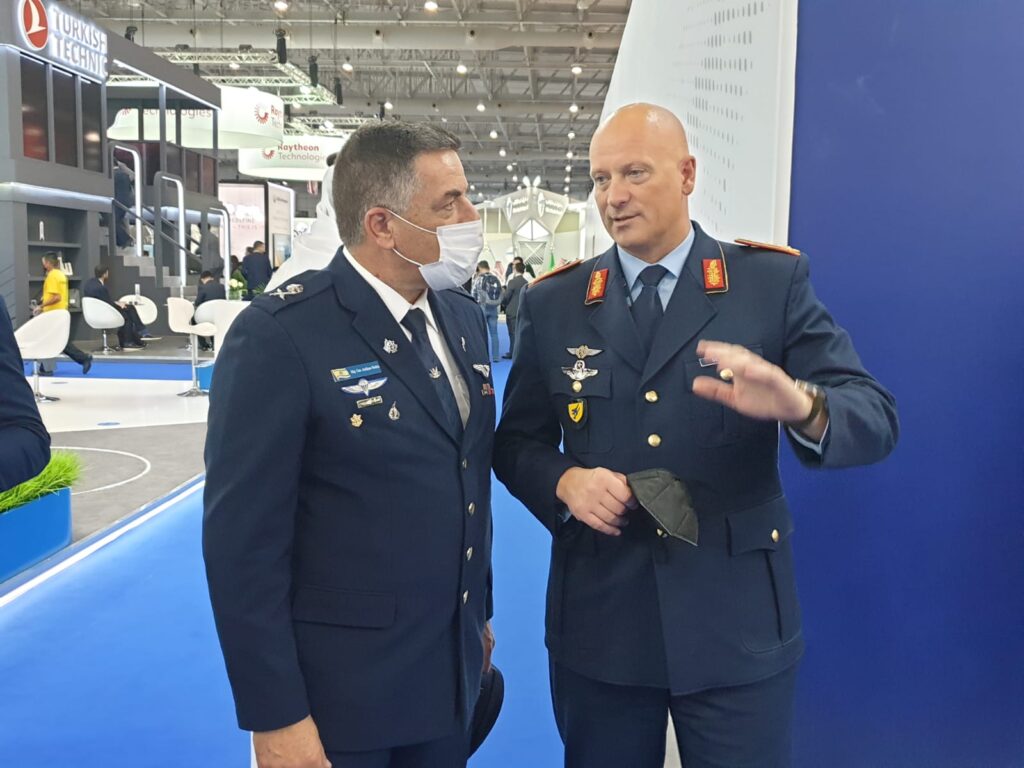 Israel’s Air Force chief on Sunday arrived in the United Arab Emirates in what appears to be the first official visit by an IDF official to the Gulf state.

Maj. Gen. Amikam Norkin, the commander of the Israeli Air Force (IAF), met with his Emirati counterpart Gen. Ibrahim Nasser Muhammed al-Alawi, who had made his first visit to Israel last month during the multinational “Blue Flag” air exercise.

Norkin also visited the Dubai Airshow, where Israeli companies displayed their hardware for the first time following Israel’s normalization of diplomatic ties with the UAE last year. The state-owned Israel Aerospace Industries company showed off a range of manned and unmanned naval and aerial drones.

Israel’s Rafael Advanced Defense Systems displayed its “drone dome” that detects and destroys drones with lasers. Emirati defense officials were seen asking about the range and weight of the antidrone system at the Israeli pavilion. In all, six Israeli companies are taking part in the air show.

Defense Minister Benny Gantz described the UAE-Israel partnership as a “strategic asset,” saying in a statement that the Defense Ministry’s participation “reflects the deepening relations” between the two nations.

The two countries share deep concerns over Iran, which is set to resume negotiations over its tattered nuclear deal with the U.S. and other world powers.

The Dubai Airshow features over 20 country pavilions along with an aircraft display of over 160 commercial, military, and private jets, and describes itself as “the leading aerospace event in the Middle East and the fastest growing airshow in the world.”