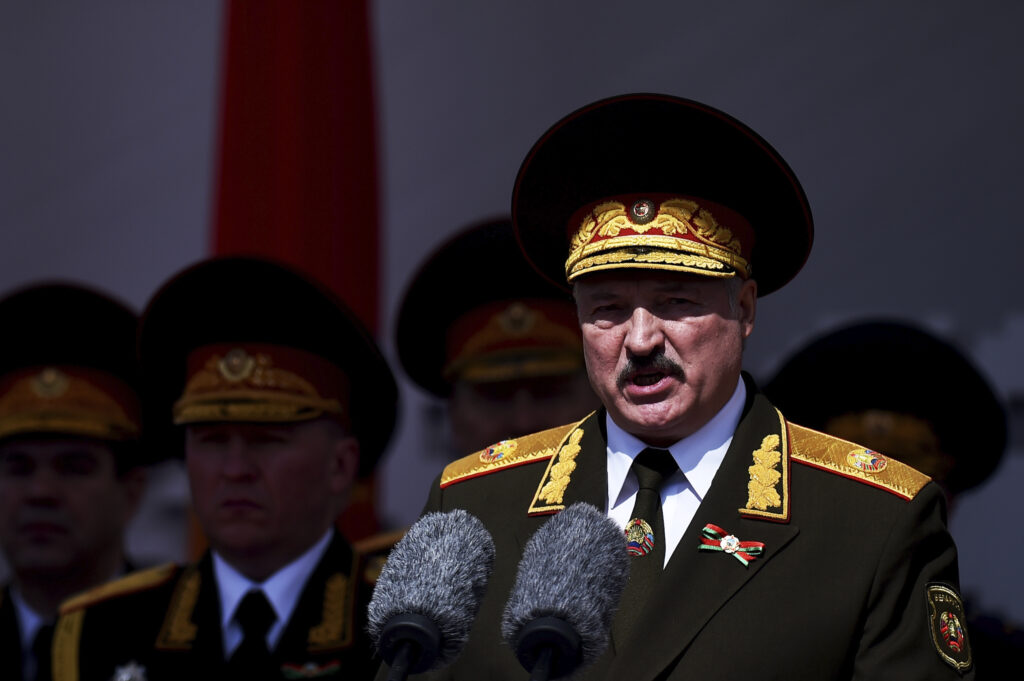 For most of his 27 years as Belarus’ authoritarian president, Alexander Lukashenko’s repressions and truculent statements frequently offended the West. This year, that belligerence is directly affecting Europe.

His government forcefully diverted an airliner flying between Greece and Lithuania that was carrying a political opponent. As the European Union imposed sanctions for that action, Belarus responded by easing its border controls for migrants from the Middle East and Africa, allowing them to head for the EU frontier.
That has forced Poland, Latvia and Lithuania to declare a state of emergency in their border zones to halt illegal crossings. Warsaw has sent thousands of riot police and troops to bolster security, leading to tense confrontations.

Lukashenko has since raised the stakes by threatening to cut off natural gas shipments from Russia that transit Belarus — a potentially severe blow to Europe as winter settles in.

The moves are a dramatic escalation for Lukashenko, who became president in 1994 when Belarus was an obscure country that had existed fewer than three years.

His disdain for democratic norms and the country’s dismal human rights record has made Belarus a pariah in the West, bringing him the sobriquet of “Europe’s last dictator.”

Although he has made occasional moves toward rapprochement with the West, Lukashenko abandoned conciliation after massive demonstrations rose up against him in 2020 following an election to a sixth term as president. The opposition, and many in the West, rejected the outcome as rigged.

Tens of thousands of protesters were arrested, many of them beaten by police; main opposition figures either fled the country or were jailed; foreign journalists were driven out; and ordinary citizens reportedly were arrested for “unauthorized mass gatherings,” that included even birthday parties.

By suppressing opposition through such harsh actions, along with keeping much of the economy under state control, Belarus has become a neo-Soviet outlier, wary of its thriving NATO and EU neighbors. He alternately quarreled with and cozied up to Russia.

His draconian dramatics spiked in May, when he ordered a Lithuania-bound Ryanair jetliner diverted to Minsk and arrested self-exiled opposition journalist Raman Pratasevich, who was aboard. Belarusian authorities said the action was taken after a bomb threat was made against the plane, but Western officials dismissed that as a preposterous attempt to disguise what they called an act of piracy.

Once well-regarded by his countrymen as an anti-corruption leader, Lukashenko lost their trust through decades of jailing opponents, stifling independent media and holding elections that gave him term after term in power.

Protests had broken out after some of the balloting, but not sizable or sustained enough to long withstand club-swinging police and mass detentions. Only after the 2020 vote did his opponents seem to harness the discontent: The economic deterioration and Lukashenko’s cavalier refusal to act against COVID-19 added to their long-term dismay.

The protests lasted for months, petering out only when winter set in. But authorities didn’t let up, reportedly arresting people for no obvious cause or on pretenses such as wearing clothing in the red-and-white colors of the opposition.

As protests roiled the country in 2020 and Western pressure increased, Lukashenko had nowhere to turn for help but Moscow. Putin said he would be willing to send police to Belarus if demonstrations turned violent, but he never made that move.

This year, Lukashenko and Putin announced a broad range of agreements to solidify the union, including a joint military doctrine. Although the agreements substantially increase Russia’s influence in Belarus, Lukashenko also gains assurance of support.