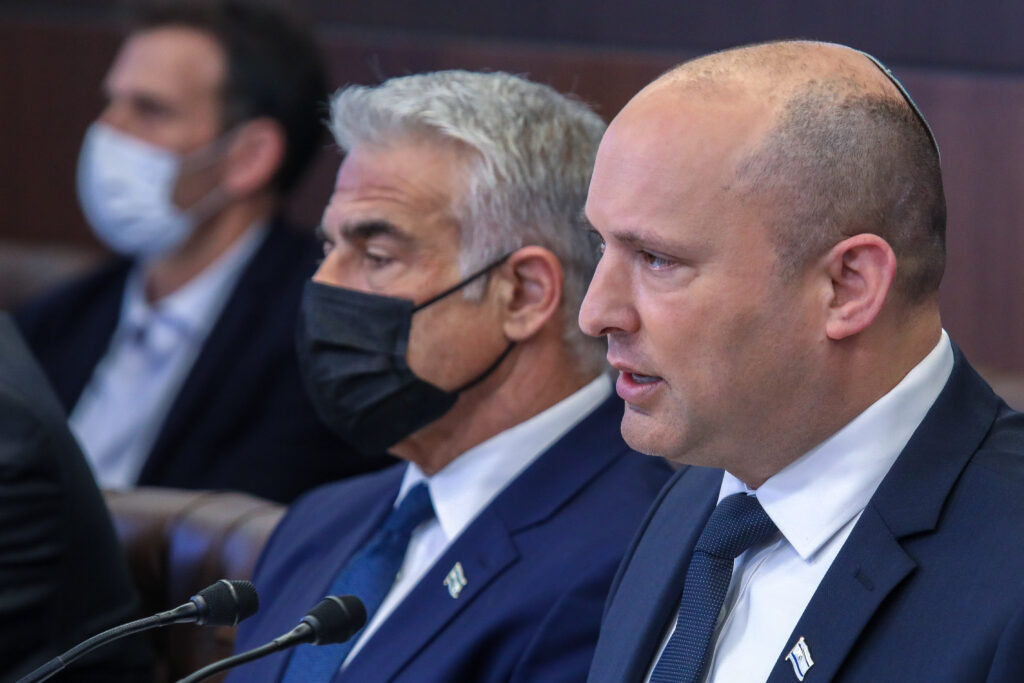 While the plight of two Israelis arrested in Turkey for photographing a presidential palace continued to make headlines on Sunday, Prime Minister Naftali Bennett asked ministers “to keep a low profile.”

Citing unnamed sources, Walla news said Bennett asked them not to discuss the matter in the media, warning it could harm efforts to free the pair.

At the weekly cabinet meeting, though, Bennett himself said that “we are doing everything we can to resolve the issue.”

On Sunday evening, Israeli officials were quoted as saying that the next 48 hours will be critical. According to Channel 13 news, they believe the matter will be resolved by then, or the couple could remain in Turkish custody for years.

Earlier in the day, a Channel 13 reporter was detained while broadcasting live from Turkey. The reporter, Ali Mograbi, was later released.

Mograbi said he noticed policemen tailing him all day. When he started a live broadcast in the street they came and told him to stop. They then took him and made sure he deleted all the photos he had taken before releasing him and telling him not to leave the hotel, according to Mograbi.

A separate report by Channel 12 news quotes unnamed diplomatic officials saying they have been unable to get a response from Istanbul concerning the incident.

Turkish authorities detained Natali and Mordy Oknin, residents of Modi’in, on Thursday for photographing President Recep Tayyup Erdogan’s palace in Istanbul. The couple and their family insist they didn’t know it was illegal to do so. Images of the building are easily available online.

When family members contacted the Foreign Ministry last week, they were told that they are “handling the matter” and were advised to stay quiet in the meantime.