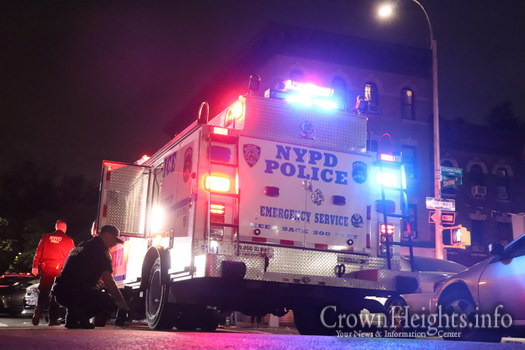 A Jewish man walking in Crown Heights was punched in the face and called “you dirty Jew” in a gang assault Thursday evening.

According to a report by the police, the 25-year-old Jewish man was dressed in “traditional Jewish garb” when he was approached by a gang of five male blacks around 8:15pm on Empire Blvd near Albany Ave, one of whom punched the Jewish man in the face.

The Jewish man fell to the ground and heard one of his assailants say “you dirty Jew” before they fled on Empire Blvd before turning up Albany Ave.

The victim lost sight of the gang near Montgomery Street and called the police.

The victim was treated by EMS at the 71st Precinct, and was reported as having no serious injuries.

The incident is being investigated, and the Hate Crimes Task Force has been notified.