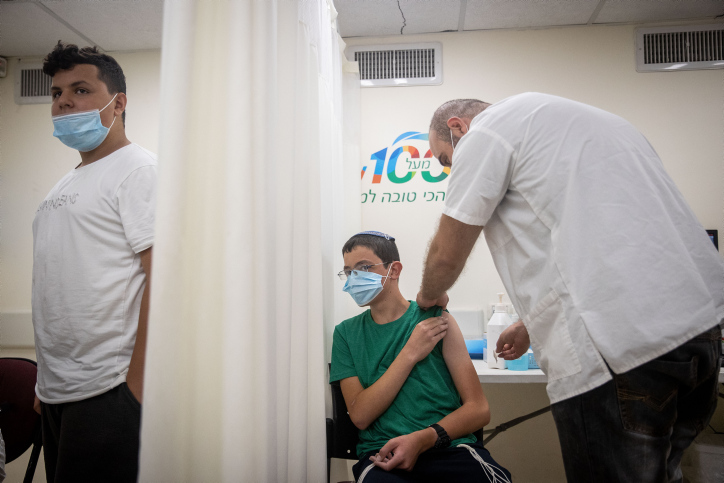 The Knesset’s Constitution, Law and Justice Committee convened on Thursday and approved the regulations under the new plan that went into effect on Tuesday. According to the plan, groups of tourists (numbering 5–40 members) who have received two vaccinations will be permitted to enter Israel even if more than six months have passed since the date of the [second] vaccination, if they meet a series of conditions, including the stipulation that the members of the group must come from countries classified by the Ministry of Health as “green” or “yellow.”

The committee also approved regulations easing restrictions on gatherings in open spaces and canceling the Green Pass requirement in low-risk locations. The regulations, which went into effect on Thursday night at midnight, state that culture, sports and prayer sit-down events numbering up to 1,000 people can be held in open spaces without a Green Pass requirement. In closed halls, the maximum occupancy will increase from 400 to 600 participants, under Green Pass rules. Open-air venues will be permitted to hold outdoor events without occupancy limits, under Green Pass rules.

Committee Chair MK Gilad Kariv announced that he was working together with Economic Affairs Committee Chair MK Michael Biton (Blue and White) and with the Ministries of Finance and Tourism to draw up an assistance plan for the tourism industry, “which will help the industry through the severe crisis, for a number of months until the booster shot reaches additional countries.”

Kariv demanded to reexamine the distinction made between Israeli citizens and tourists in the same epidemiological situation: “This is a complex reality, legally speaking, which raises difficulties. It’s not certain that over time, we can live with the distinction between an Israeli citizen, who is cooped up in quarantine, and a tourist, who walks around throughout the country.”

Health Ministry representative Ilana Gens elaborated on the ministry’s recommendations for exiting the fourth wave of infection: “The approach of ‘living alongside the coronavirus’ says that even when we reach a significant decrease in infection, we will preserve certain elements, of the Green Pass and masks in closed spaces, to continue to maintain the low numbers, particularly in the winter. It would not be advisable to remove these, even when we reach a level of a few dozen cases per day.”

Gens said further that “we estimate that within a number of weeks we will be able to progress to easing additional restrictions.”