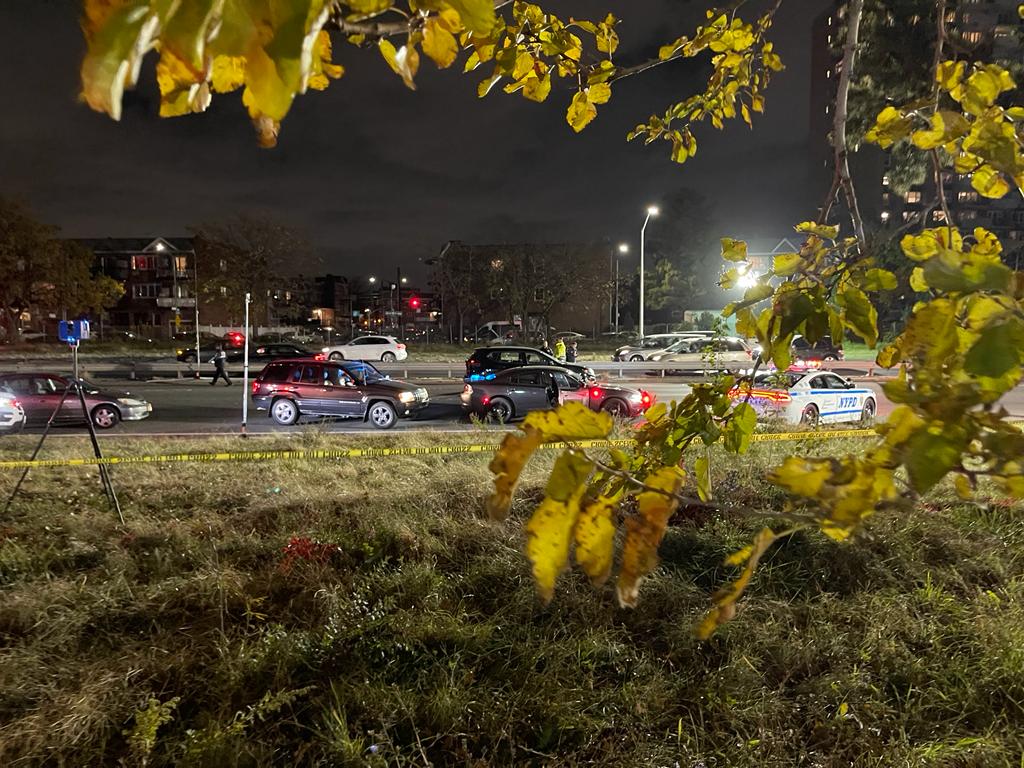 NYPD Highway Patrol pulled over a car on the Belt Parkway Thursday afternoon, but the driver pulled off and shot at the officers, who returned fire and killed the driver.

At an evening news conference, NYPD Chief of Department Rodney Harrison reported that shortly after 4:00 p.m., a uniformed officer on highway patrol stopped a gray Jeep Cherokee for speeding on the Belt Parkway going eastbound in the vicinity of the Bay 8th Street exit. As the officer approached the vehicle the male driver sped away traveling eastbound.

The officer followed the car, and positioned her unmarked vehicle in front of the Jeep Cherokee, which then rear-ended the officer’s car in the vicinity of the Verrazano Bridge. The male driver continued east on the Belt Parkway without stopping.

After requesting backup over the police radio, and with an additional highway unit they pulled the vehicle over east of the Bay Parkway exit. Once the vehicle stopped, the 65 year old male driver, the sole occupant of the vehicle, reached into the back seat of his car and pulled out a weapon, and after he exited he advanced towards the officers with a gun drawn, moving it in an up and down direction.

After exiting their vehicles and ordering the male numerous times to drop his weapon, the driver continued advancing, and the officers fired approximately two dozen rounds striking the suspect multiple times. They immediately began administering aid to the perpetrator and requested an ambulance. EMS transported him to a nearby hospital where he was pronounced dead. The officers were not hurt but were brought to a nearby hospital for evaluation.

“Those that chose to carry guns, we hold them accountable,” Harrison said. “Unfortunately, this happened to be a negative ending but we did what we had to do to stop the threat.”

On Thursday evening, traffic on the Belt was closed eastbound from Bay 8th Street until Cropsey Avenue. Cars travelling towards the Verrazano Bridge were forced to exit and travel on the service road in that stretch of the highway.