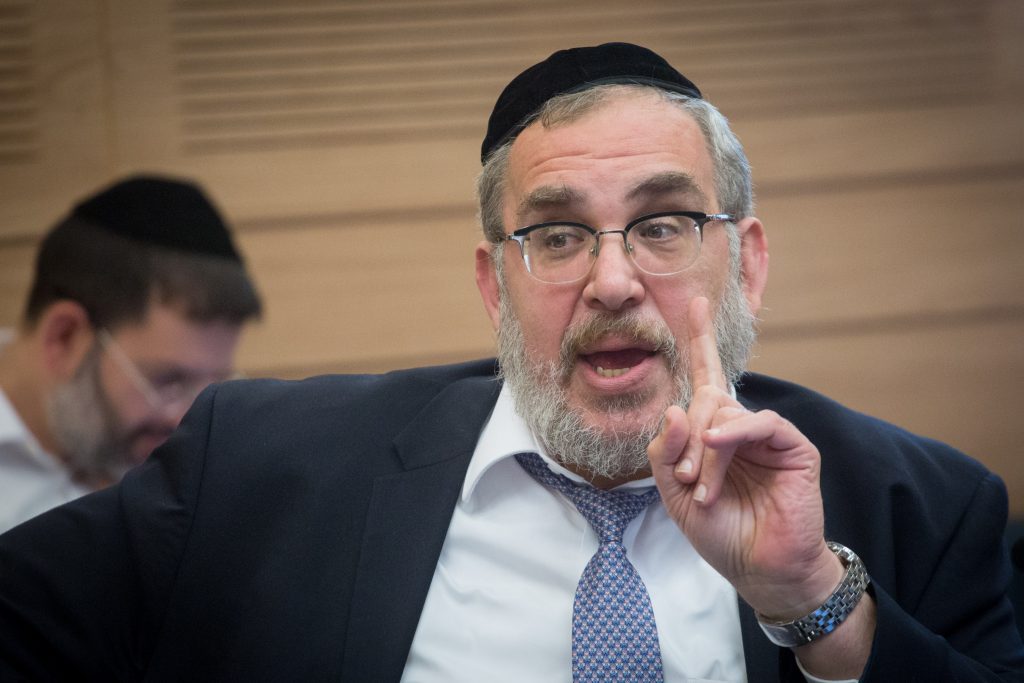 The Knesset plenum approved in a preliminary reading a bill to expand the definition of racism, so that it will also include the chareidi public. This is the proposal of MK Rabbi Yaakov Asher (UTJ), who earlier in the day confronted Justice Minister Gideon Sa’ar over his opposition to the bill.

The law proposes to expand the definition of racism in the Penal Code, so that it also includes specific reference to the chareidi public. The explanatory memorandum to the proposal reads: “Recently we have witnessed an expanding phenomenon of incitement to racism against the chareidi public.

“This harm also has other consequences, including the rooting of the phenomenon of racism in society towards the chareidi public.

“Following a recent incitement to serious racism by a public figure against the chareidi public, a complaint was filed with the Attorney General’s Office. It is due to color or belonging to race or ethnic national origin, and the chareidi public does not differ in color, race or national-ethnic origin.”

Despite the coalition’s opposition, after a ballot vote, the proposal passed with 33 MKs in favor against 32 opponents, and the proposal will be forwarded to the Knesset committee.

It should be noted that the racism against chareidi public law, initiated by MK Rabbi Asher, was submitted in the previous government, but the election rounds and the incitement against the chareidi public due to the coronavirus pandemic increased the need to amend the racism law and determine that inciting against chareidim is included, and that the current government and the person responsible for it, Justice Minister Gideon Sa’ar, are trying to bury the proposal.

Already three months ago when the bill came up for discussion in the Knesset, Justice Minister Gideon Sa’ar asked to postpone the vote when he pledged to form a team in the Justice Ministry to discuss and examine the issue and claimed that comprehensive legal work is needed in the Knesset on the legislative recommendations to resolve the issue.

This week, three months later and after Sa’ar did not update the matter, the bill came up for discussion in the Ministerial Committee on Legislative Affairs, but Sa’ar announced that he opposes the law. The Ministerial Committee did not give him the coalition’s support. At the last minute, the government will understand the need to prevent incitement against the chareidim, including from politicians such as Finance Minister Avigdor Liberman, who says that the chareidim should be dumped in wheelbarrows.

Justice Minister Gideon Sa’ar referred to the law at the weekly faction meeting held on Monday and said, “I did not promise that there would be support for the proposal of the Knesset member. I understand the Knesset member  is disappointed, it is natural, but there was no promise or commitment to support, but just to examine.

“It is a very big question whether racism can include what the Knesset member wants it to include. The position of the ministerial committee, based on its professional position, is not to support it, and it does not contradict what I said in the previous session.”

Rabbi Asher earlier this week attacked Sa’ar and said: “The Justice Minister can not sit as a bystander, there is no authority without responsibility and it is registered in his name. Simply put, this is a government that ignores the needs of the chareidi public.

“We will not be able to tolerate endless rejections on such an important and critical issue.”