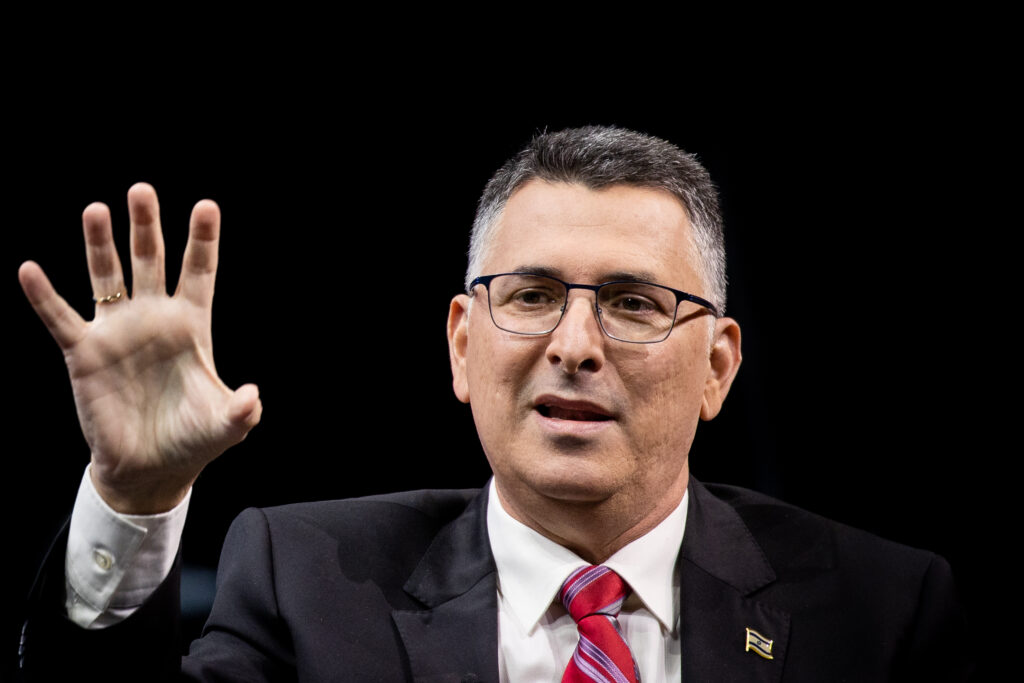 A bill setting term limits for the position of prime minister that would limit a person from serving for more than eight years in total will be brought for a preliminary vote on Sunday, Justice Minister Gideon Sa’ar announced Thursday.

“On Sunday, I will bring for the approval of the Ministerial Committee for Legislation the bill to limit the term of a prime minister to eight years. Another clause in New Hope’s platform and the coalition agreements that we are keeping to,” Sa’ar wrote.

The proposed bill would not be applied retroactively, and therefore would not prevent opposition leader MK Binyamin Netanyahu from again running for office.

Cumulatively, Netanyahu has previously been prime minister for 15 years, 12 of them consecutively.

Channel 13 reported that Sa’ar reached an agreement with Bennett on Tuesday to advance the bill.

Sa’ar insisted that the bill is not aimed personally at Netanyahu, though he is also working on legislation banning anyone who is facing indictments from running for office.

Such a law would currently only apply to Netanyahu, the only living prime minister who fits the description, and would keep him not just out of the prime minister’s seat but also prevent him from being an MK. That proposal was said to be backed by the Yesh Atid and Yisrael Beytenu parties, along with Sa’ar’s New Hope party.

A separate bill limiting the terms of mayors would also be advanced later, Sa’ar posted on Thursday. It too would limit them to two terms, but allow a third term if they receive more than 50% of the votes.