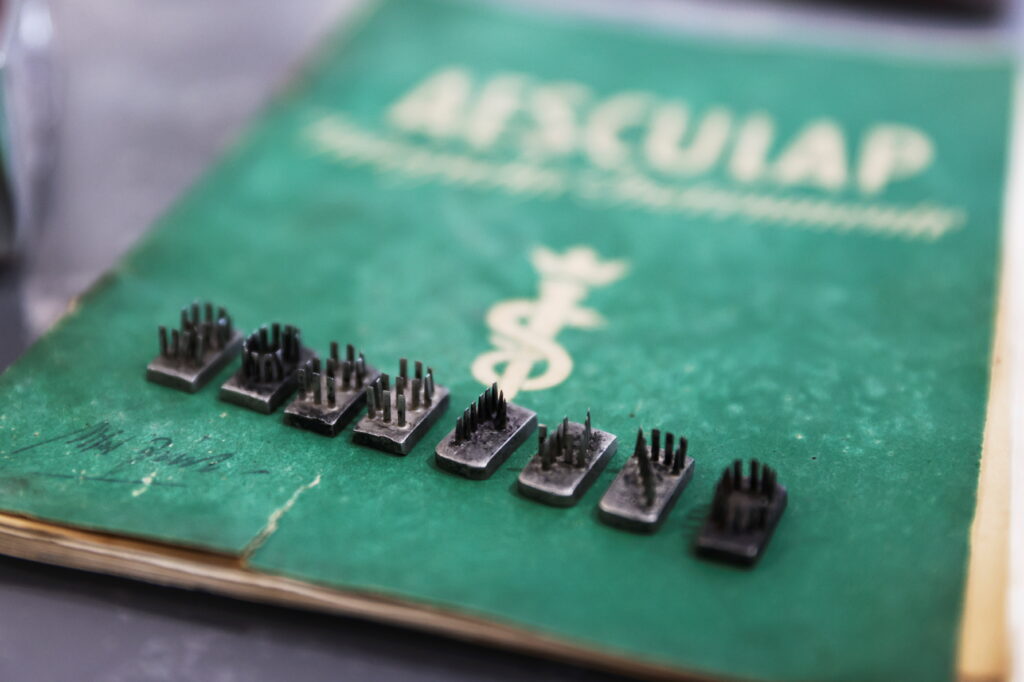 Attorney General Avichai Mandelblit on Wednesday said he objects to the auction of a partial tattoo kit billed as having been used on inmates at the Auschwitz death camp and announced he will join the ongoing legal battle to prevent it.

The Tel Aviv District Court last week suspended the sale following a plea by Holocaust survivors pending a Nov. 16 hearing on whether it should proceed.

Obtained from a private collector, the eight fingernail-sized steel dies, each lined with pins to form numerals, would have been pressed into prisoners’ flesh with ink to brand their serial numbers, according to auctioneer Meir Tzolman.

“It is not appropriate for the Auschwitz stamps to be sold to [the] highest bidder,” Mandelblit wrote in his opinion to the Tel Aviv District Court. “Such trade is invalid in terms of values, morals, and national and public interests.”

The attorney general also said that the kits should be transferred to the care of Yad Vashem, a position reiterated by its chairman Dani Dayan, who called the auction “morally unacceptable” and encouraging the proliferation of counterfeits.

Interviewed before the court injunction, Tzolman said he was the grandson of Holocaust survivors who had been tattooed. He defended the auction – from which he would take a 25% commission – as a means of ensuring the dies reached “the right hands.”