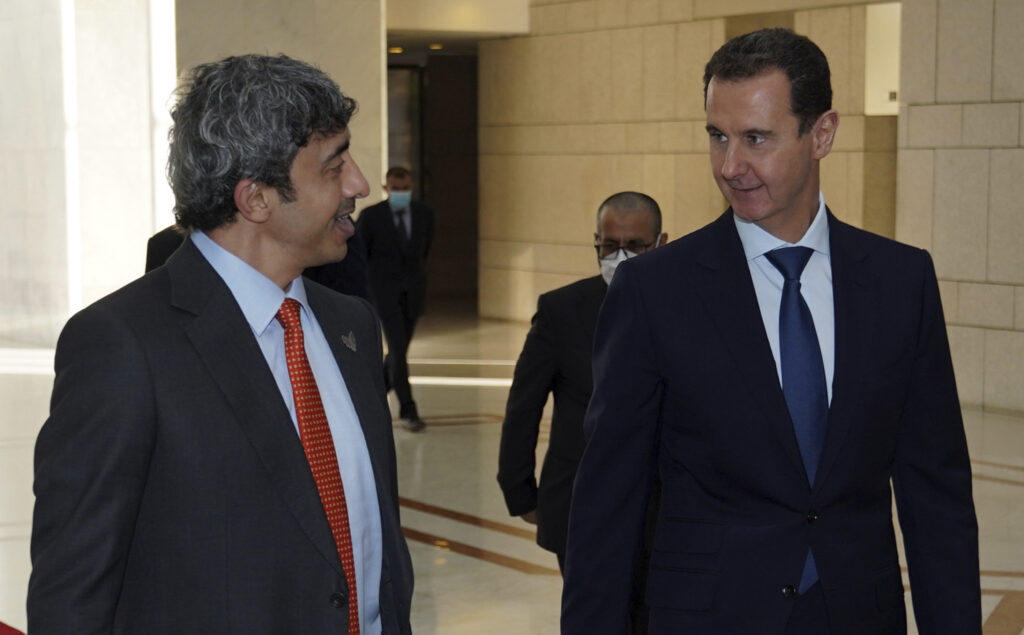 The United States is concerned by a meeting between the Emerati foreign minister and Syrian President Bashar al-Assad on Tuesday, State Department spokesperson Ned Price said, urging states in the region to carefully consider “atrocities” perpetrated by Assad.

The meeting was a sign of improving ties between Assad and a U.S.-allied Arab state that once supported rebels trying to overthrow him.

“We are concerned by reports of this meeting and the signal it sends,” Price said at a regular press briefing. “As we’ve said before, this administration will not express any support for efforts to normalize or to rehabilitate Bashar al-Assad, who is a brutal dictator.”