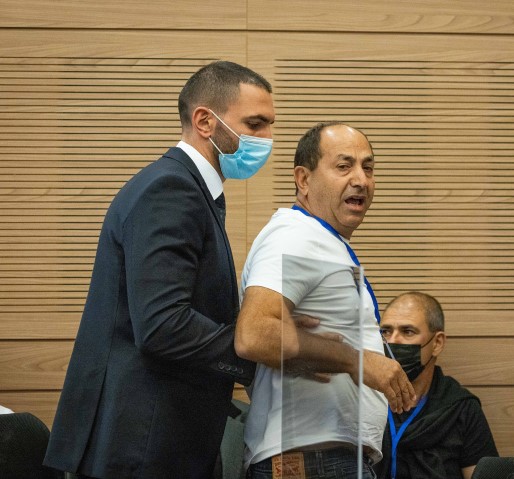 The government’s investigation into alleged price fixing in the Israeli food market expanded on Wednesday to include Rami Levi and the importer Diplomat, Globes reported.

However, it was not immediately known whether he was under suspicion of wrongdoing or merely asked to give evidence.

At a meeting of the Knesset Economics Committee on Wednesday, chairman MK Michael Bitton, Levy furiously rejected any suspicions against him.

Levy, appearing in a white t-shirt, told the MKs that his gross profit margin is 21%, similar to those in Europe and around the world. However, he said, operating profits are lower and food prices are 50% more. “Everything here is expensive – fuel, taxes, property taxes, electricity,” Levy said, raising his voice. “The one who is responsible for high costs isn’t the supermarket chains. It is the state.”

After the MKs accused him of deceiving the public, Levy stood up and called them “crazy,” at which point, Bitton ordered ushers to remove him from the chamber. “You will not speak disrespectfully like that here,” he said, according to the Jerusalem Post.

In addition, Israeli importer Diplomat Holdings notified the Tel Aviv Stock Exchange (TASE) that, “On November 9, CEO and controlling shareholder Noam Weiman was questioned on suspicion of committing alleged violations of the Economic Competition Law 1988. At the end of the questioning no restrictions or conditions were placed on Mr. Weiman.”

The statement added, “The company believes that when the facts become clear, it will emerge that the conduct of Mr. Weiman and the company were without blemish.”

Diplomat is one of Israel’s biggest importers and distributors of food and consumer goods products including such brands as Heinz, Milka, Mars, Jacobs coffee, Pringles, Starkist tuna, Kellogg’s, Red Bull, and more.

The Authority’s probe was launched with raids the day before on the offices of Shufersal and Strauss Group.